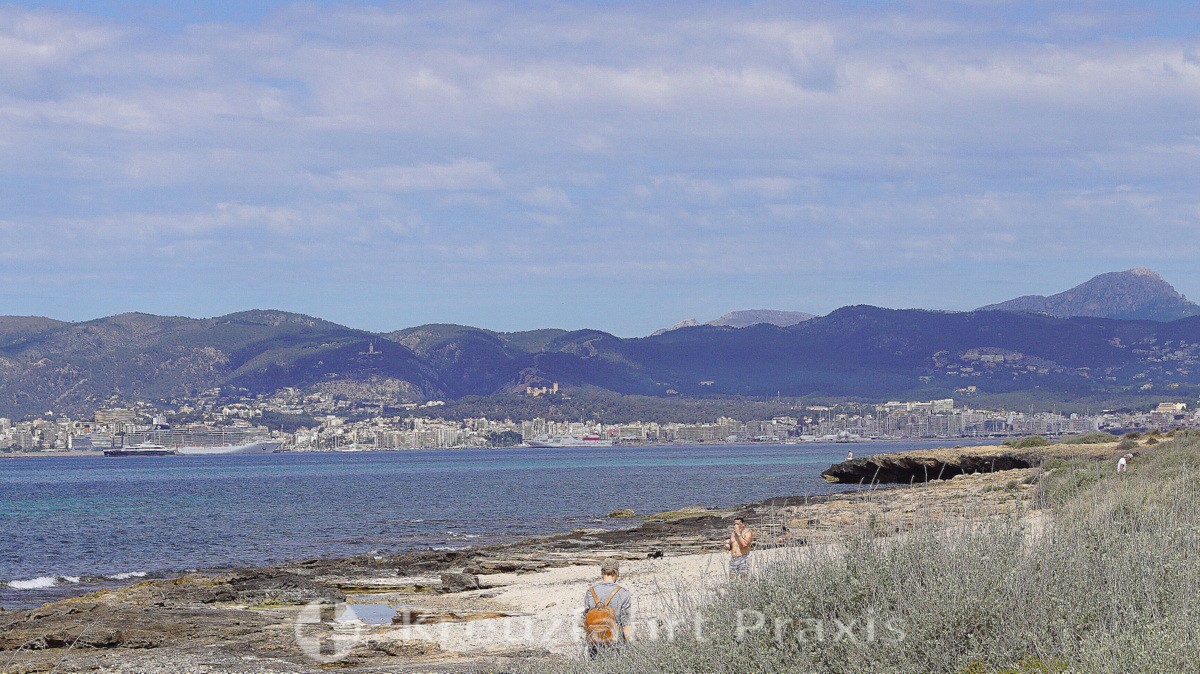 Your cruise ship is docking in the port of Palma de Mallorca and you are planning a hike along the sea? Are you looking for a destination nearby and would you like to avoid the "Ballermann" at Playa de Palma? We have a suggestion: take the bus from Palmas Plaça España to Ca'n Pastilla. Then follow the coastal path along the water. You decide on which section of the route you "get off" to take the bus back to Palma. 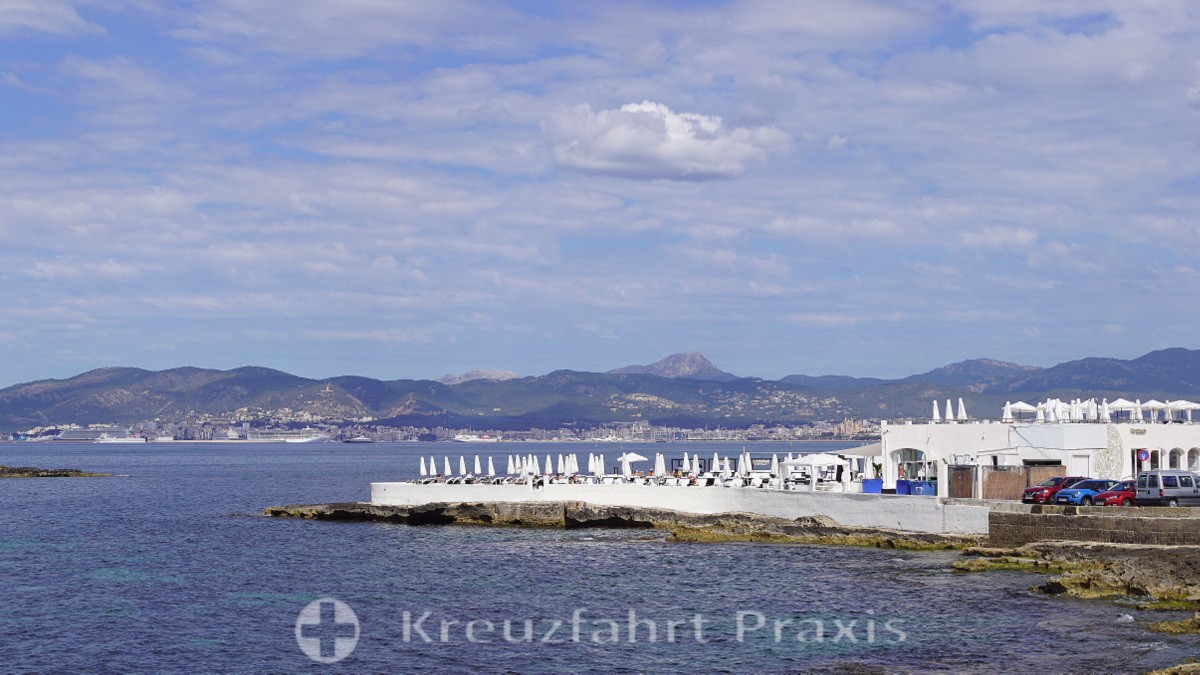 Palma and the sea

Palma's marina in the west and the municipality of S'Arenal in the east are 15 kilometers apart. Most of the route leads along the sea for hikers and cyclists. The six kilometers of fine beach with the excellently developed promenade between the districts of Ca'n Pastilla and S'Arenal are popular. The balnearios 1 to 15 are located on it, including the famous and infamous Balnearios 6, popularly known as “Ballermann”. It would be a tempting idea to cover the distance by bike. However, since we don't have a bike to hand, we walk part of the route.

We chose a five-kilometer section that starts in Ca'n Pastilla and leads towards Palma. The well-developed path almost exclusively follows the sea. We cross the small nature reserve Es Carnatge and Palma's district Es Coll d'en Rabassa. Then we turn inland towards the fortress of Torrre d'en Pau. The path does not give any spectacular impressions; but it's varied and easy to walk around. 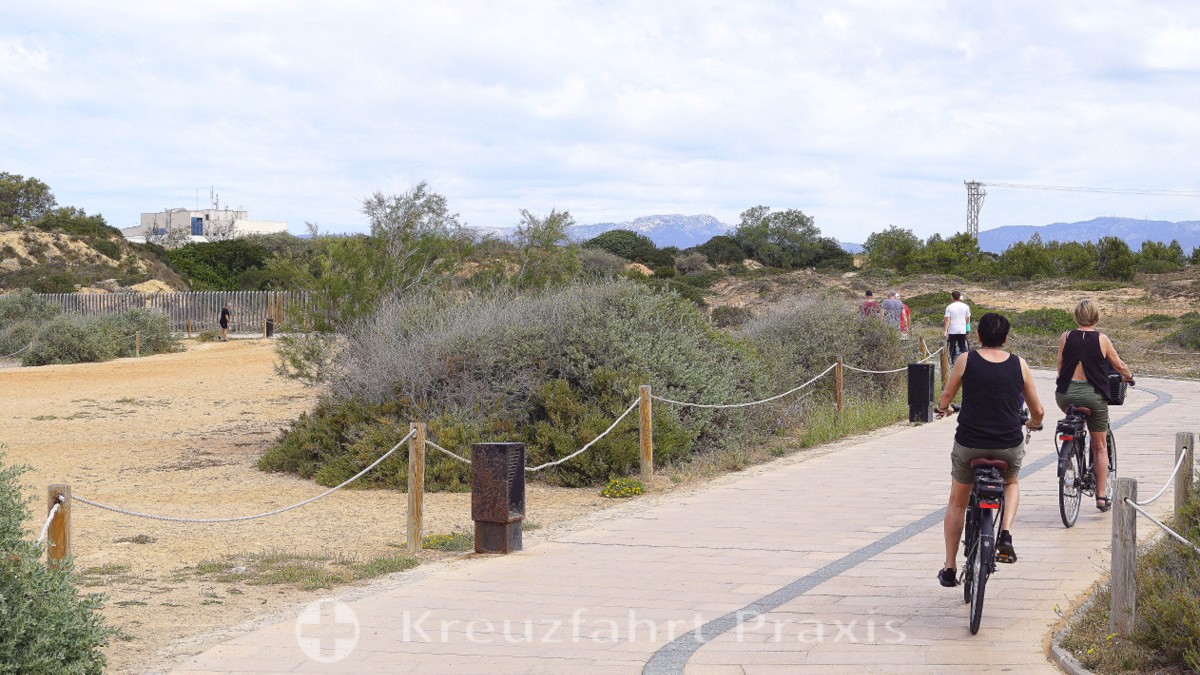 Worth knowing about Ca'n Pastilla

Ca'n Pastilla lacks any glamor and charm. There is a lack of elegant hotels and trendy clubs. Ca'n Pastilla is the summer destination for budget-conscious Eastern European tourists. In winter, Spanish pensioners take advantage of the government-sponsored travel programs to spend time in Ca'n Pastilla. The municipality, which has more than 5.000 inhabitants, represents mediocrity in tourism.

This is a local attraction Aquarium palm at the level of Balneario 14. More than 8.000 sea creatures live in numerous aquariums. An artificial jungle and an adventure park round off the visit. An offer that will especially please families with children. 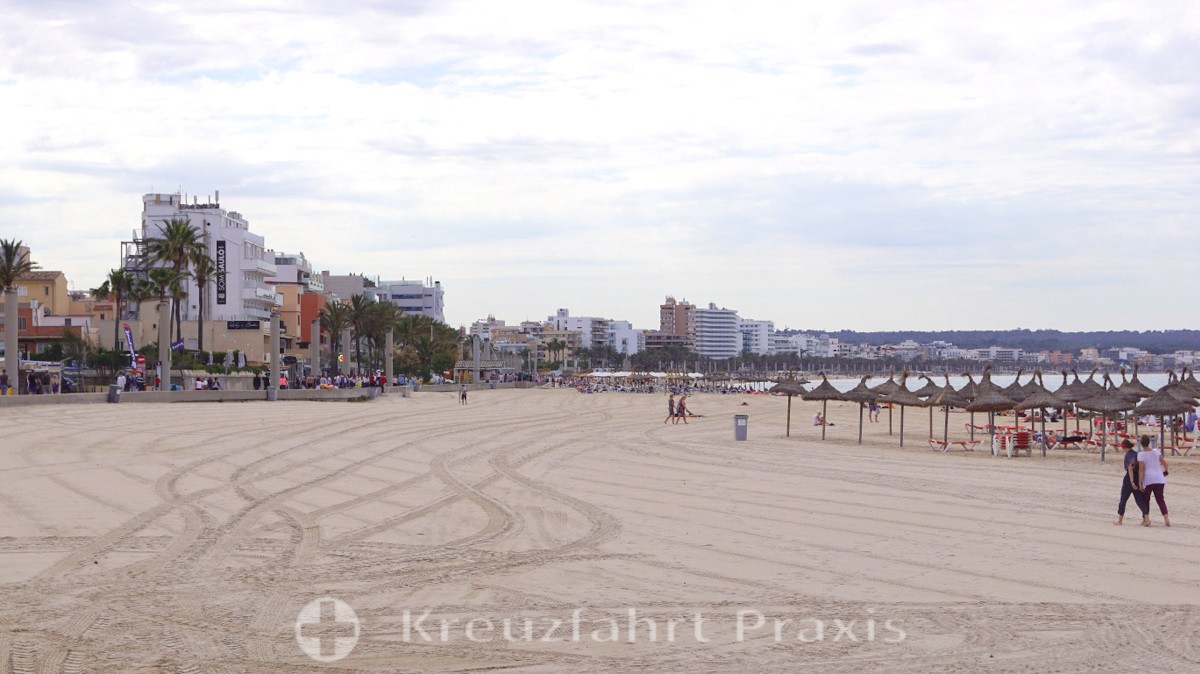 The wide, well-kept beach is commendable in Palma's suburb. Day visitors and kite surfers spend a few pleasant hours here. The beach section of Balneario 15 is suitable for both.

The coastal path deserves praise. The route, popular with pedestrians and cyclists alike, follows the coast from Ca'n Pastilla towards Palma. We walk part of the well-developed path in a westerly direction. Our first sub-goal is the Cala Gamba. In front of us is the city of Palma and above us the planes take off at short intervals from the nearby Aeroport de Son Sant Joan. The path offers a separate lane for cyclists, electric scooters and inline skaters so that pedestrians and cyclists do not get in the way. It's good to see that everyone involved adheres to the rules. 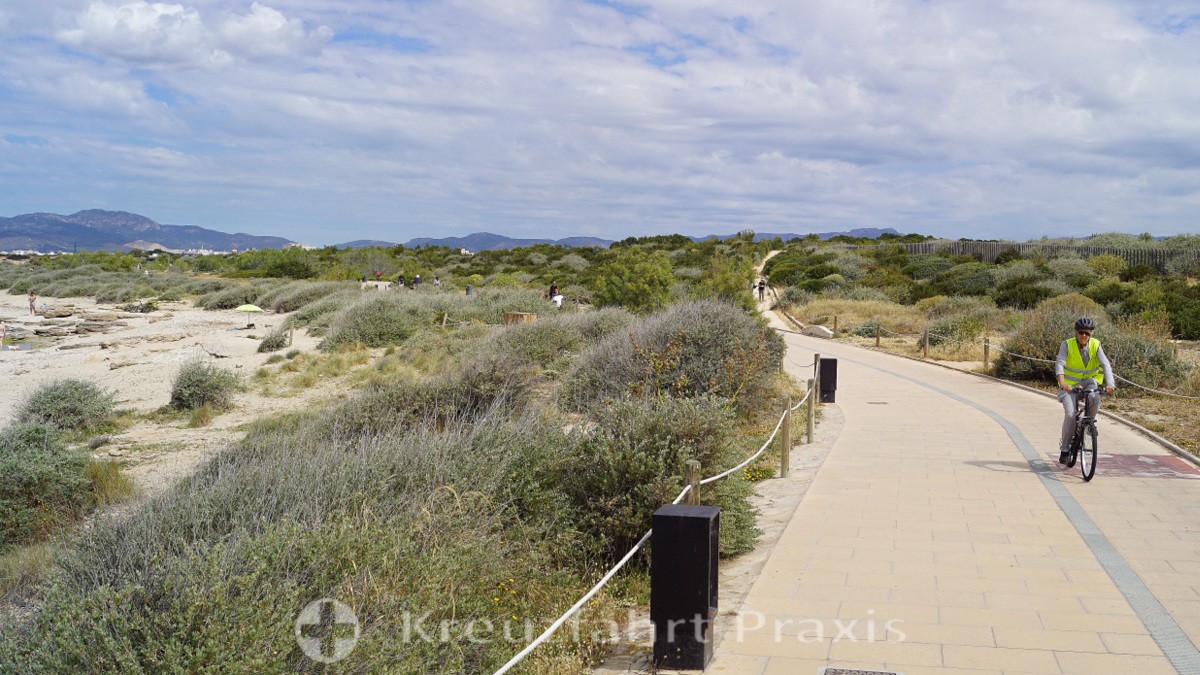 In the Es Carnatge nature reserve

First we pass the Purobeach location on a small peninsula, look out over the bay of Palma and see our cruise ship, the Costa Fortuna, in the distance. A little later on the left is the tiny Sa Galera rock island. Archaeologists have unearthed relics up to 4.500 years old that are associated with the Phoenicians.

We hike through the Es Carnatge nature reserve. The rocky shore zone extends from Can Pastilla to Cala Gamba. The area is the only coastline of the island capital that has not yet been built up. Benches and shady roofs invite you to rest along the way. The cleanliness along the way is exemplary.

Es Carnatge nature reserve with a view of Palma

Then we reach the bay of Cala Gamba in the district of Es Coll d'en Rabassa. Only a few foreigners end up on the small stretch of beach. It is popular with the people of Palma. It is said that many “Palmesanos” flee the heat of the city to their second home in Es Coll d'en Rabassa in summer. Good for those who have one. 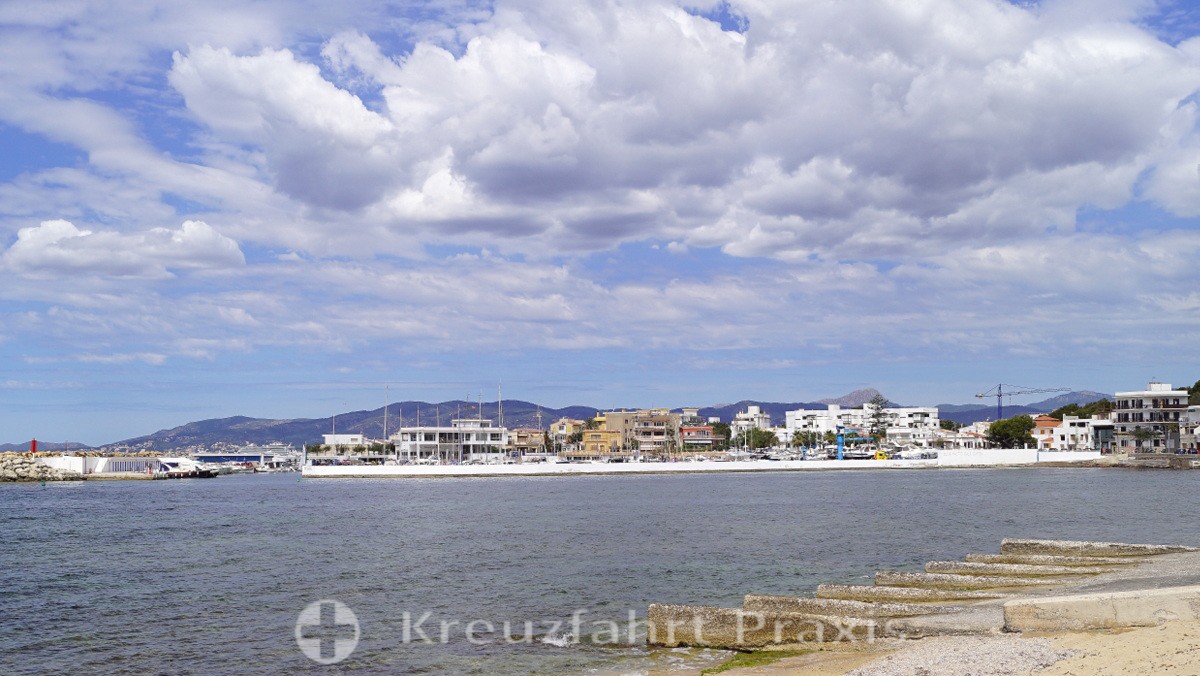 In Es Coll d'en Rabassa we leave the coastal path. We walk towards the former fortress of Torrre d'en Pau, which is worth seeing. After several Moorish raids in the 15th century, an artillery post was set up to protect the coastline. At the end of the 19th century a new building followed with gun emplacements, underground crew quarters, warehouses and powder magazines. In the 1970s, the Spanish military abandoned the site. The sprawling fortress has belonged to the city of Palma since 1975, which it converted into a beautifully planted park.

Our path is coming to an end. From the fortress we walk three blocks to Carrer de Cardenal Rossell and take the next bus on route 15 or 30 back to Palma. Our conclusion: The coastal path is varied and fun.