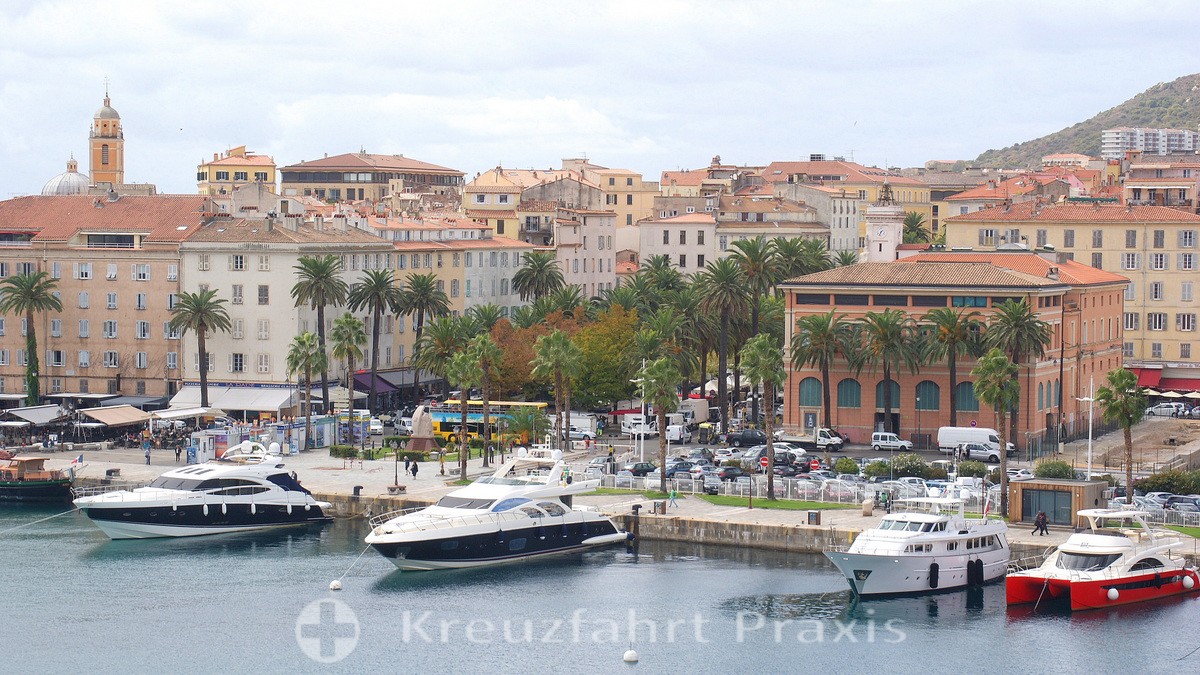 Ajaccio is located in western Corsica and is the largest city on this Mediterranean island. Ajaccio is the capital of Corsica and the administrative center.

Ajaccio, the capital of Corsica

What has not already been written about Ajaccio? The port city should be chic. It should have Mediterranean charm. It should have an Italian-style old town. She should preserve Napoleon's legacy. She should preserve Napoleon's legacy. All of this is true, and the general, statesman and emperor is often remembered in Corsica's capital. Otherwise, Ajaccio with 70.000 inhabitants (as of January 1, 2017) is an appealing, medium-sized French provincial town with a few sights, a friendly-looking port area and beautiful surroundings. 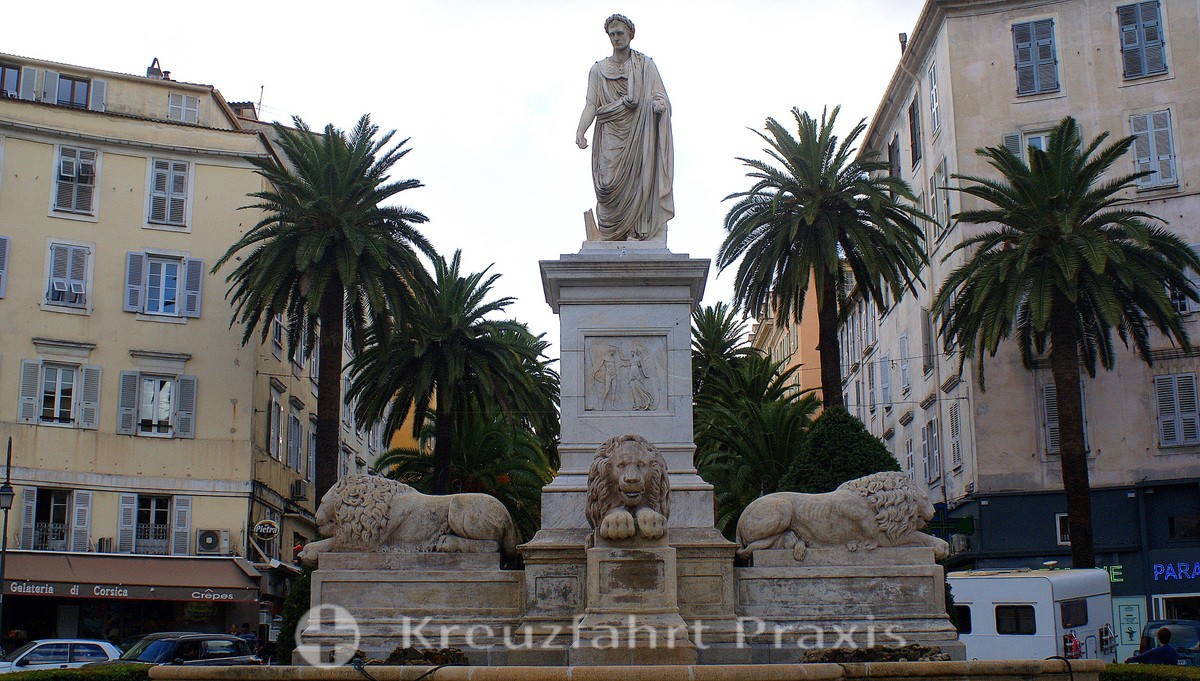 Politically and economically, Corsica is a part of France. More than 330.000 inhabitants live on the fourth largest Mediterranean island (as of January 1, 2019). Almost half of the people live in the metropolitan areas of the cities of Ajaccio and Bastia.

Corsica consists mainly of mountainous land. The Monte Cinto massif is the highest point on the island at 2.706 meters. And another 50 mountains have heights of more than 2.000 meters. 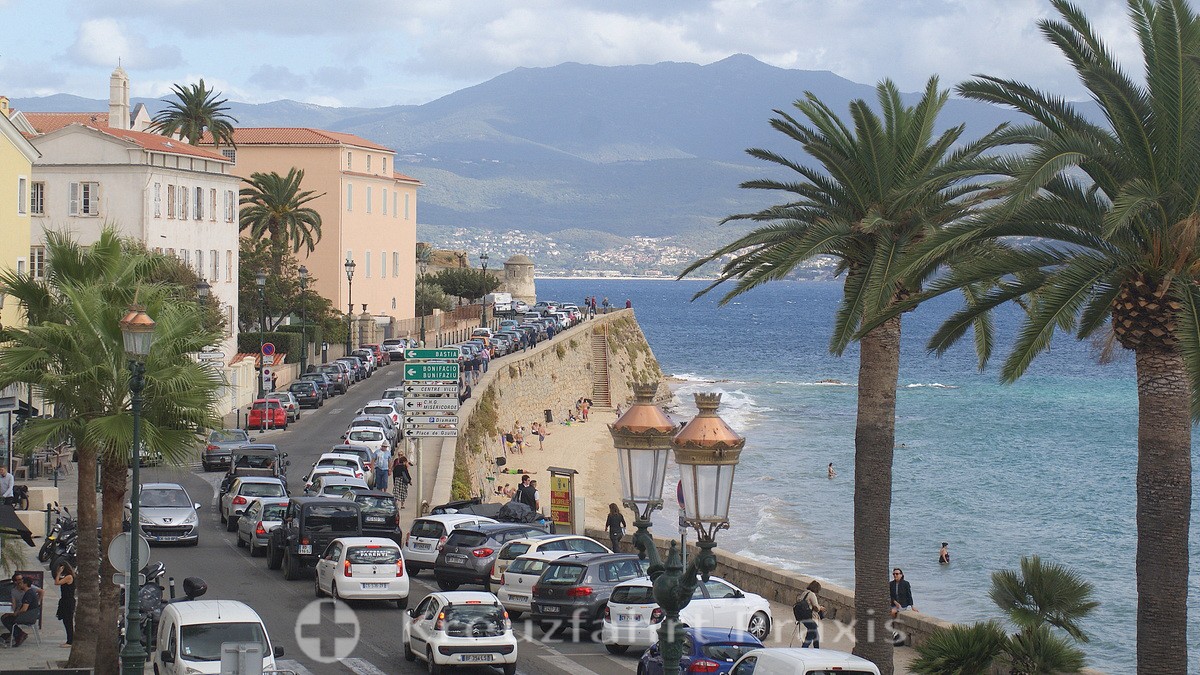 The island was first settled by Greeks. They were followed by the Romans, then the Vandals and finally the Lombards.

The Republic of Genoa ruled the island from 1284 to the middle of the 18th century. But then the Corsican population rose to shake off Genoa's rule. Genoa lacked the means to carry out a military action against the insurgents. Instead, it came from the French side. France should protect Genoa's interests in return for appropriate remuneration. Since the then insolvent Genoa could not pay the costs of the operation, Corsica fell to France. In 1768, the surrender of Corsica was regulated in the Treaty of Versailles.

The following year, the island's most famous son, Napoleone Buonaparte, was born in Ajaccio. The descendant of a family belonging to the Corsican nobility took the name Napoléon Bonaparte in 1796. The Corsican entered the history books of the Grande Nation as a general, statesman and emperor. 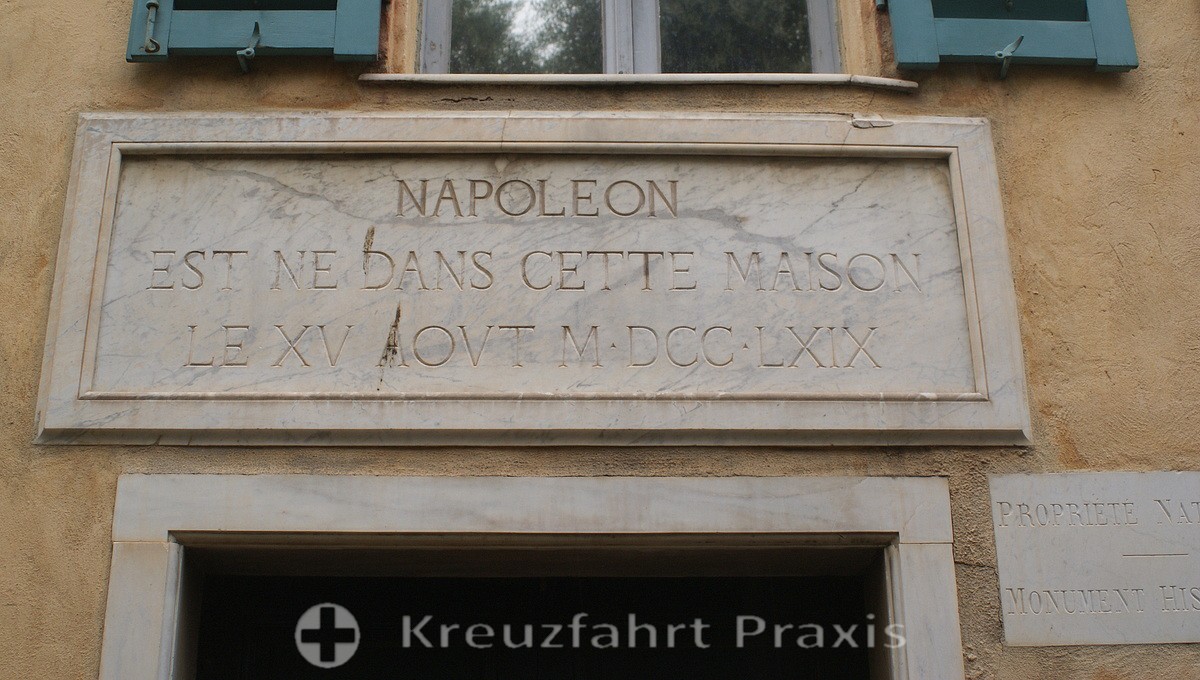 Nowadays, Corsica is facing serious problems. The gross domestic product per capita is below the French average. A relatively high unemployment rate lowers the island's average income. For centuries, the Corsican economy was characterized by agriculture and livestock, and there was no industry. Today trade and the service sectors, including tourism, provide around 50 percent of all jobs. The other half is in the agriculture, industry, construction and public administration sectors. 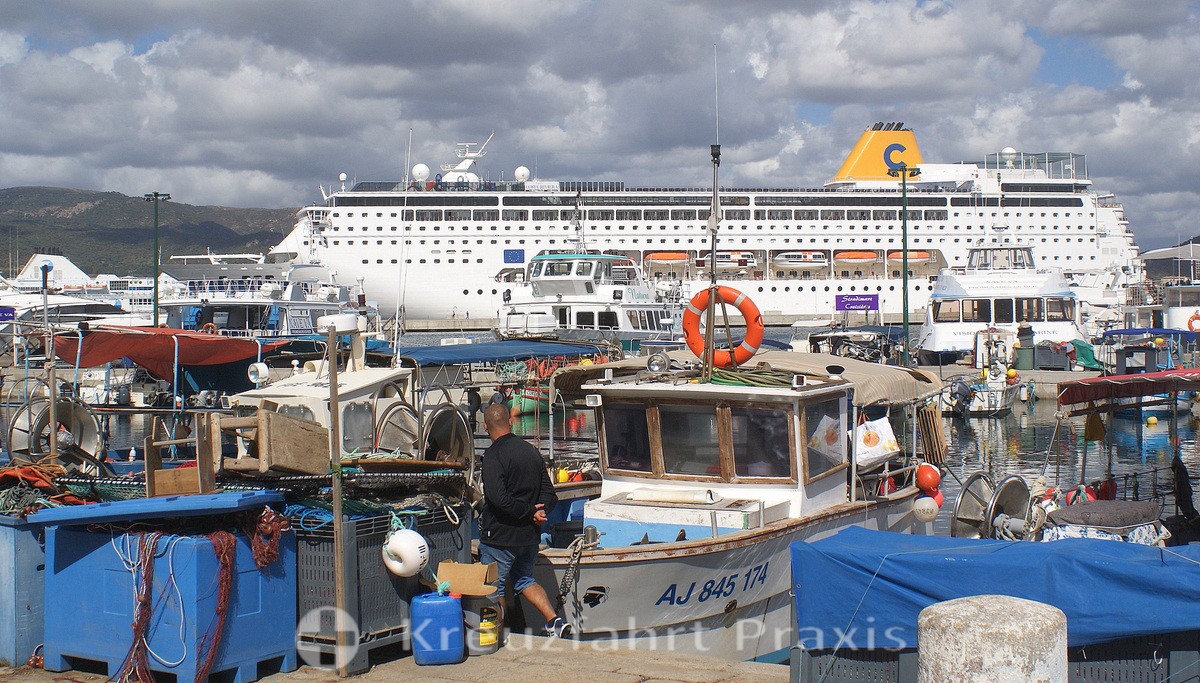 Corsica's coat of arms is the Corsican head, called Tête de Maure in French. It depicts a Moor's head with frizzy hair and a white headband. The head is generally seen as a symbol of freedom. Several legends interpret its creation in different ways.

Ajaccio - the first impression - view from the cruise ship

As a day guest on a cruise ship, you can see and experience a lot in Ajaccio and the surrounding area. We report on this under Ajaccio sightseeing.