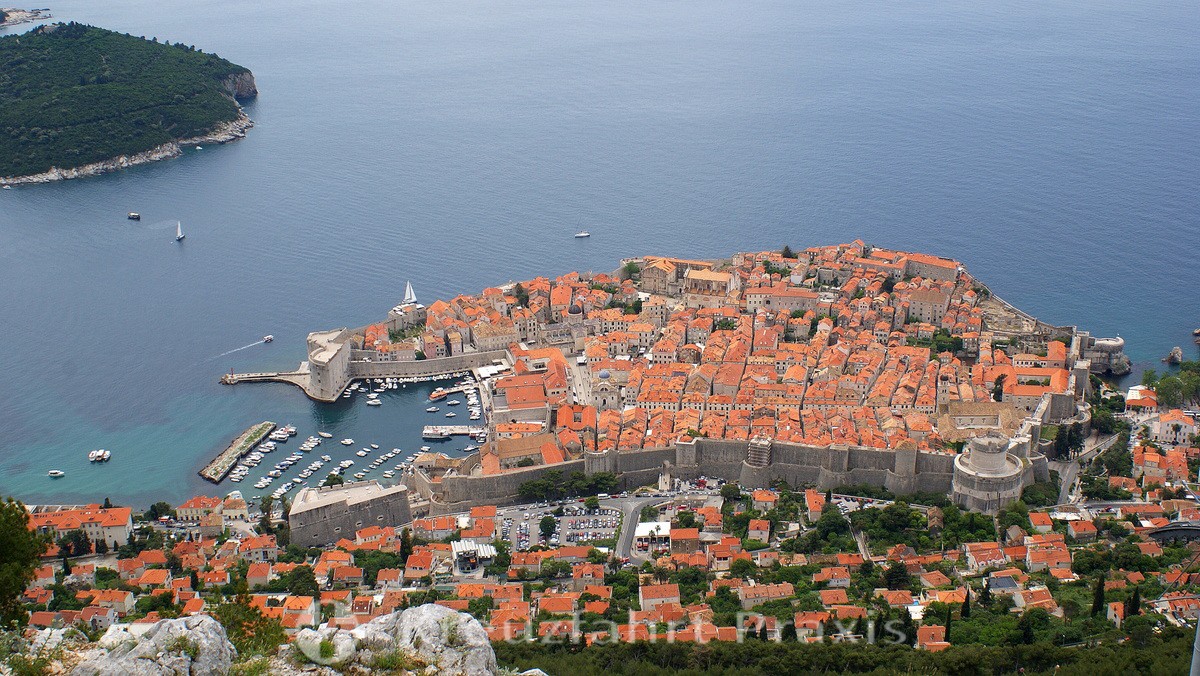 "Those who seek paradise on earth should come to Dubrovnik". This is what the Irish writer George Bernhard Shaw wrote. We do not know what made him say this, nor when he made it. But we are convinced of one thing: the Croatian city of Dubrovnik comes very close to a paradisiacal place due to its location on the Adriatic Sea and the closed cityscape.

The beginnings of settlements in the 3rd century BC are proven. As early as the middle of the 5th century AD, Dubrovnik was fortified and a bishopric was established.

A good 1000 years later, Dubrovnik had risen to become a city republic. It competed with the then dominant Venice for trade contacts in the Mediterranean. The Dubrovnik merchant fleet consisted of 160 ships. Some sources even report 300 ships. Trade in the Mediterranean and with the Ottoman Empire created immense wealth. Representative buildings still bear witness to this prosperity today. 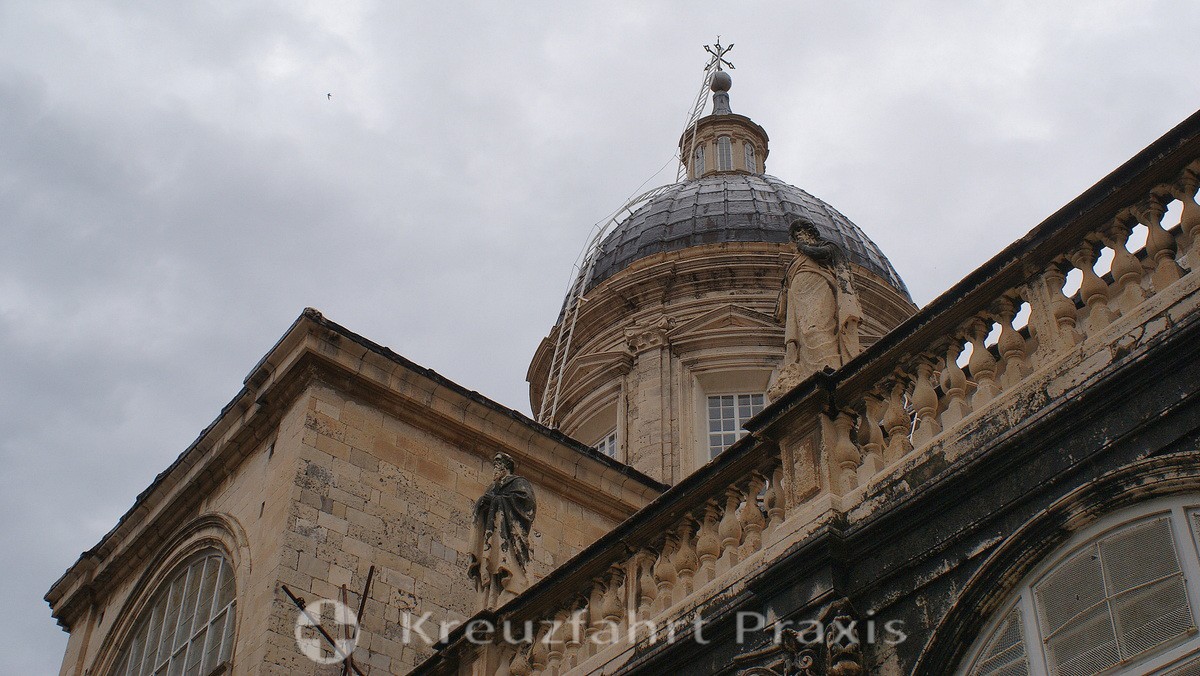 Dubrovnik - Cathedral of the Assumption

In order to protect the wealth, the city was massively fortified. The accessible city wall of Dubrovnik with its bastions, bulwarks and forts is still considered exemplary among Europe's fortress structures. 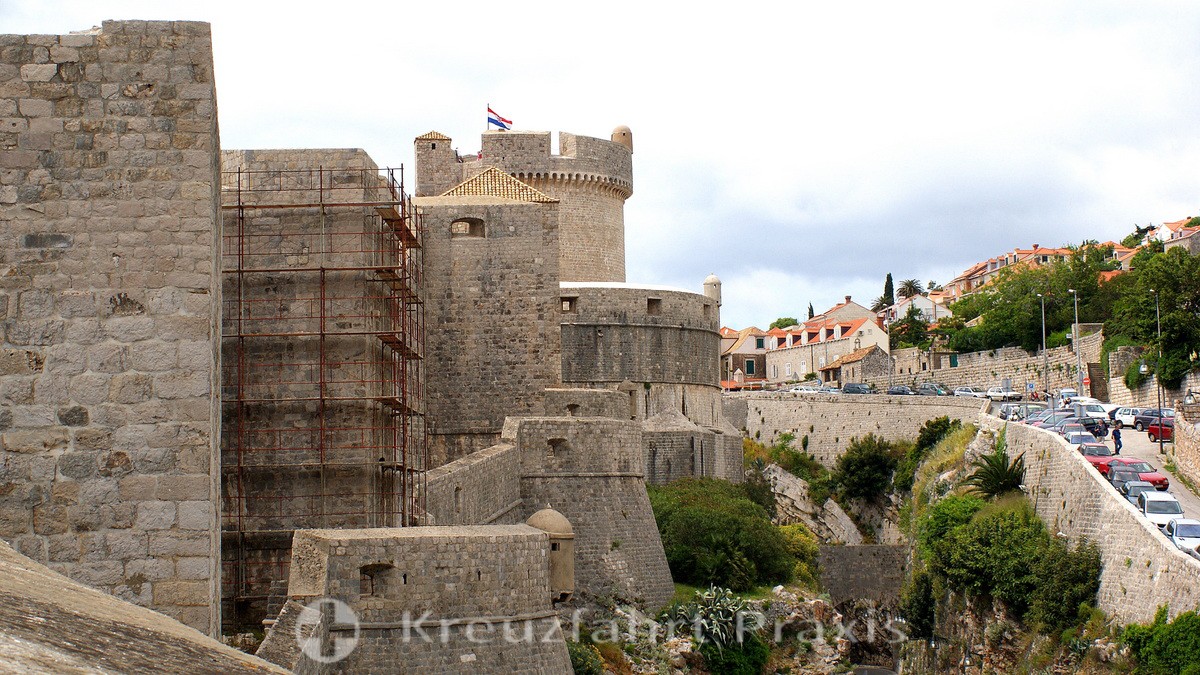 Declining trade activities and the disastrous earthquake in the region of 1667 damaged the city very much. In 1806, Napoleon's troops took the city. From that time on, Dubrovnik's history remained changeable. Most recently, the city suffered from the consequences of the Croatian War. In 1991/1992, the old town was shot at and badly damaged by Serbian-Montenegrin troops, regardless of its World Heritage status.

Dubrovnik in the present

Twenty years later, the war damage is no longer visible in the old town. The city has been perfectly restored. The streets and squares paved with marble look unique. The huge city wall with its many steps, the churches, palaces and museums fascinate the visitors. 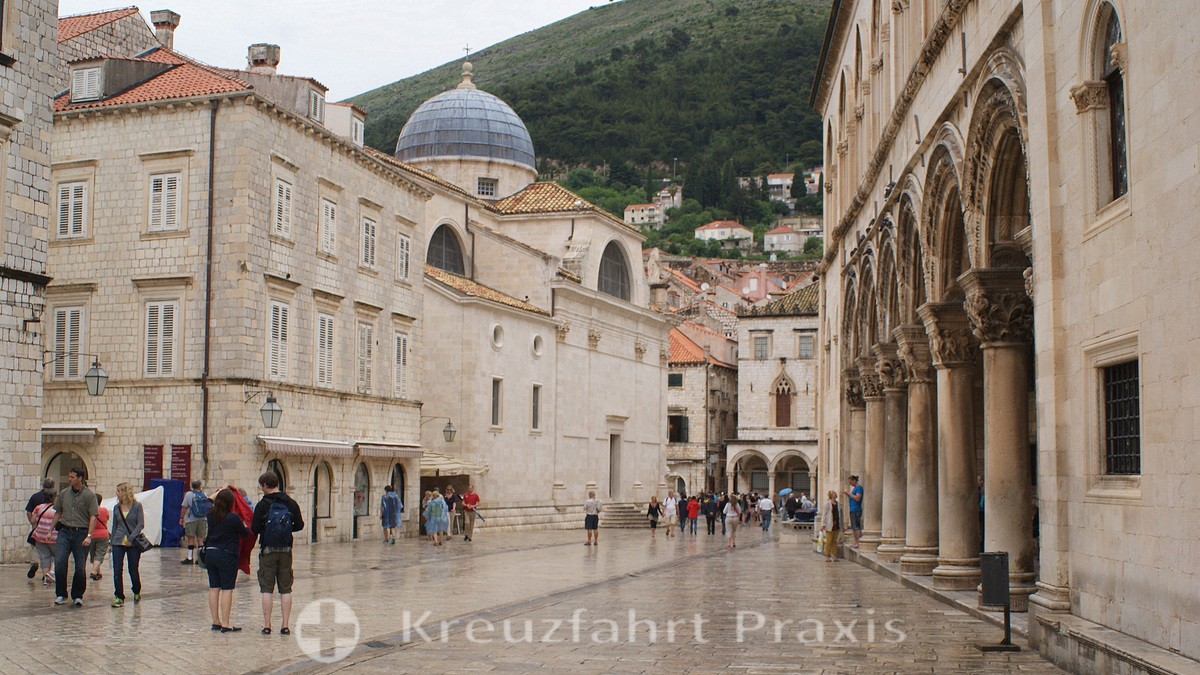 Today's Dubrovnik is the seat of a district administration (county) and the residence of the Catholic Diocese of Dubrovnik. Almost 45.000 inhabitants live in the Croatian medium-sized town. 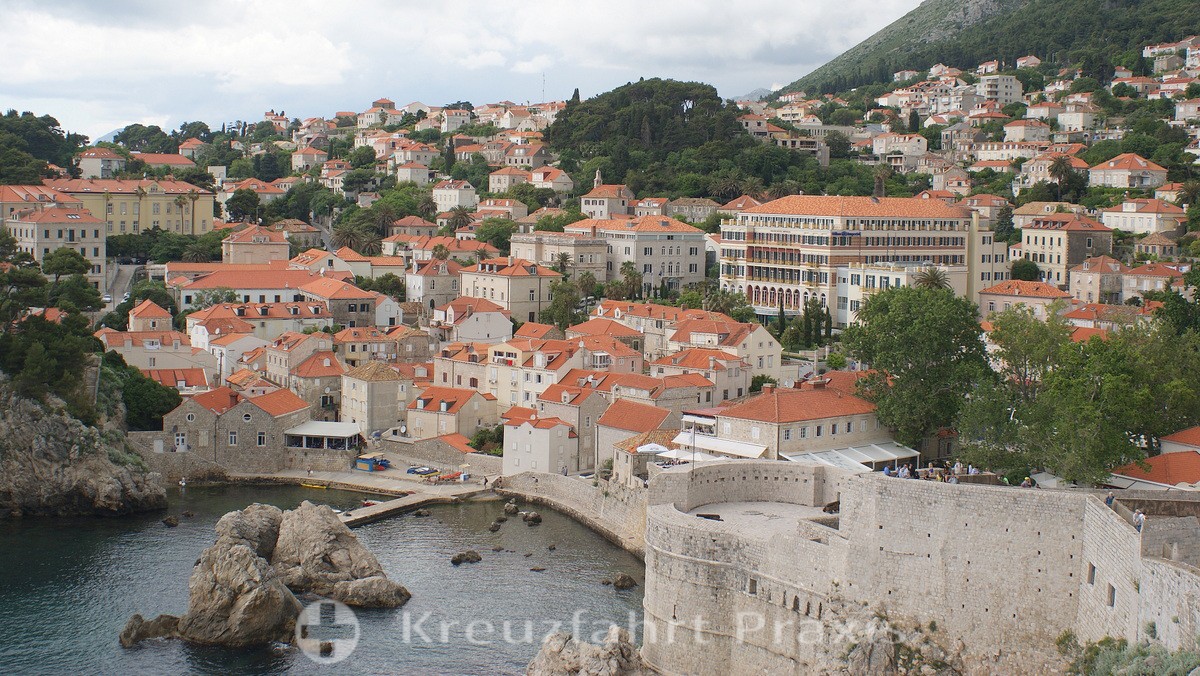 Croatia has been part of the European Union since July 1, 2013. The euro has not yet been introduced in Croatia. The kuna is the valid means of payment. However, the euro is widely accepted.

Dubrovnik is a popular travel destination, also for cruise ships. The city suffers from overtourism. In order to counteract the onslaught of tourists, the number of cruise passengers was limited to a maximum of 5000 per day.

Cruise ships either dock in Gruž Harbor in the west of the city or they are in the roadstead in front of Dubrovnik's old port. Most of the guests land in Gruž port. The distance to the old town is about four kilometers. There are enough public buses and taxis. 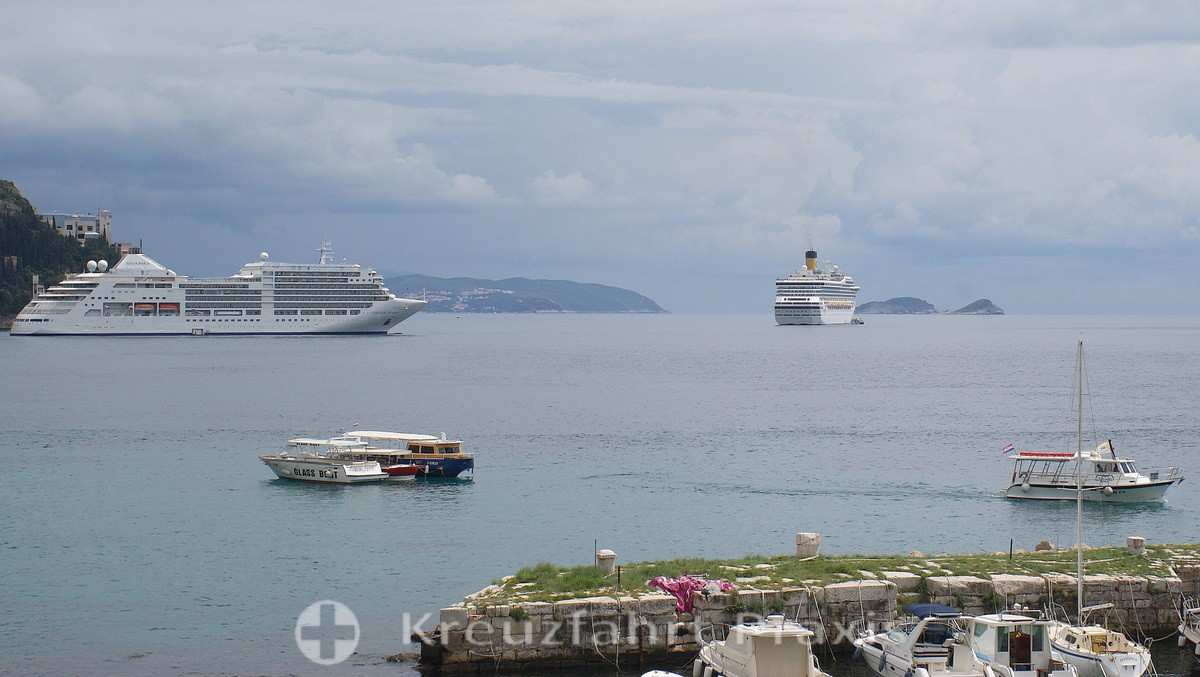 Dubrovnik - cruise ships in the roadstead

We report on the main tourist attractions below Dubrovnik sightseeing.