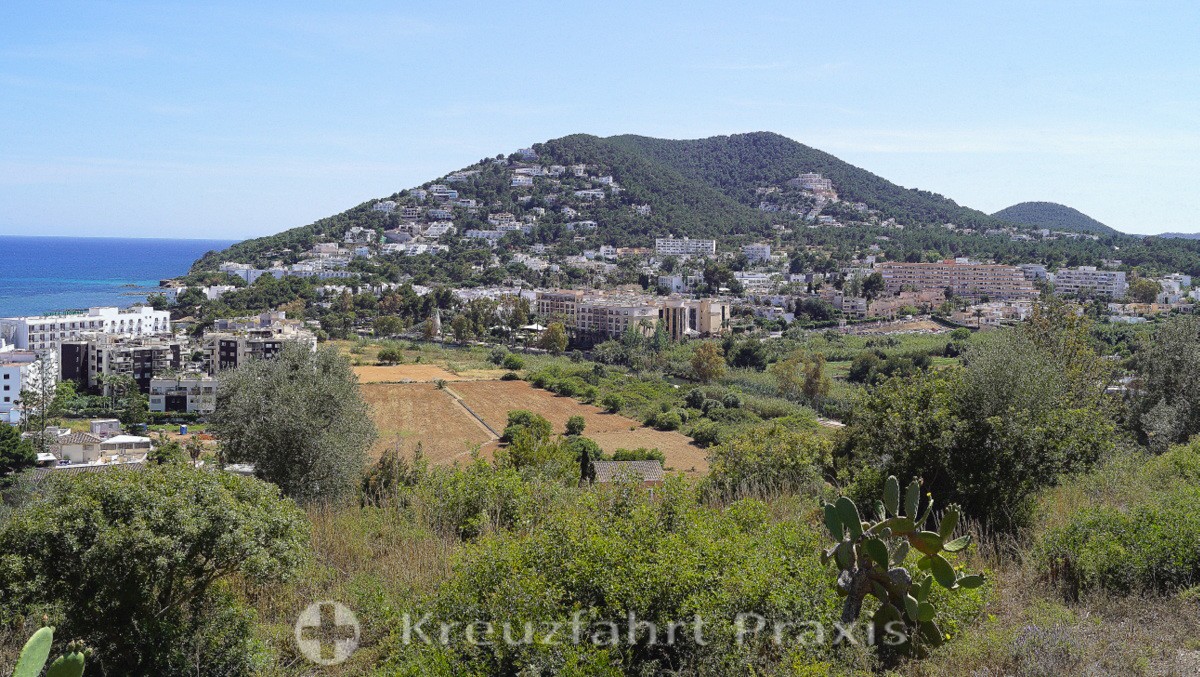 Road trip through the north of Ibiza

Our cruise ship that Costa Fortuna, will anchor in May 2019 in the port of Ibiza Town at the Estación Marítima Botafoch. In the cruise terminal we see references to car rental companies in the vicinity and the tourist boat that connects the cruise ship berth with the city center. 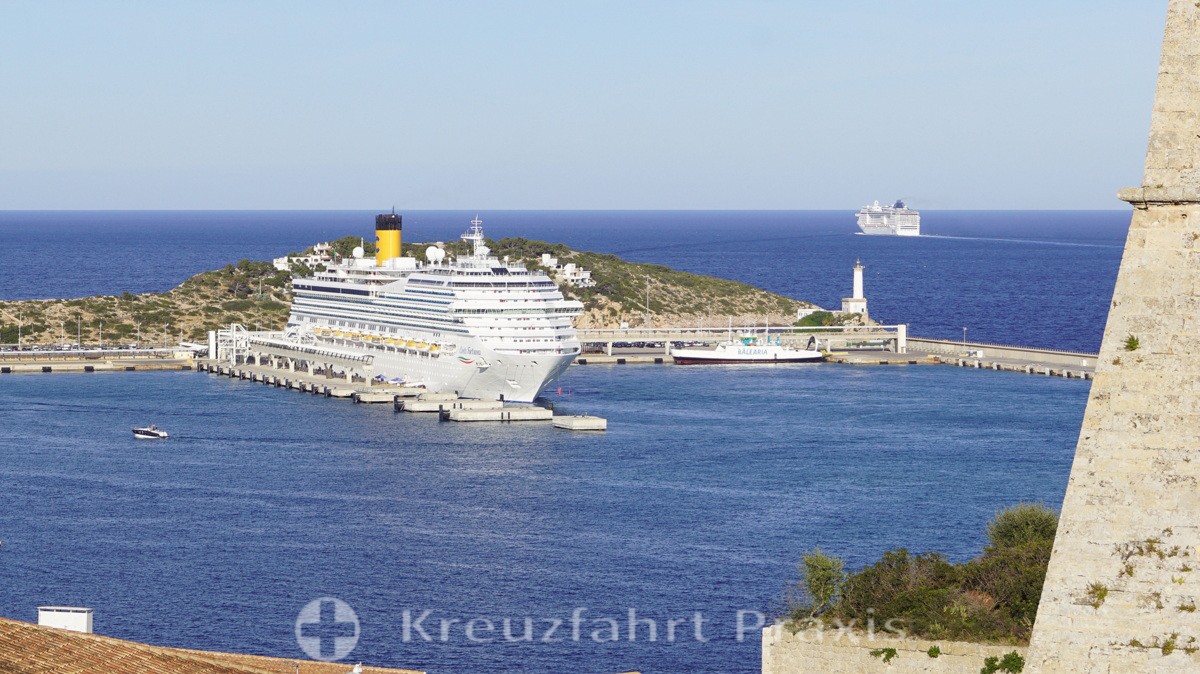 Attractive bathing bays in the northwest of Ibiza

On this day we are moving in the northern part of Ibiza. Our first destination is Port de Sant Miquel, a beautifully landscaped, narrow bay in the northwest of the island. Hotel and apartment complexes line the wooded slopes. The infrastructure with a shopping area and restaurants offers everything vacationers need. The beach is well-kept, the water is clear and clean. The offshore peninsula Illa des Bosc protects the bay from storms and the violence of the Mediterranean. 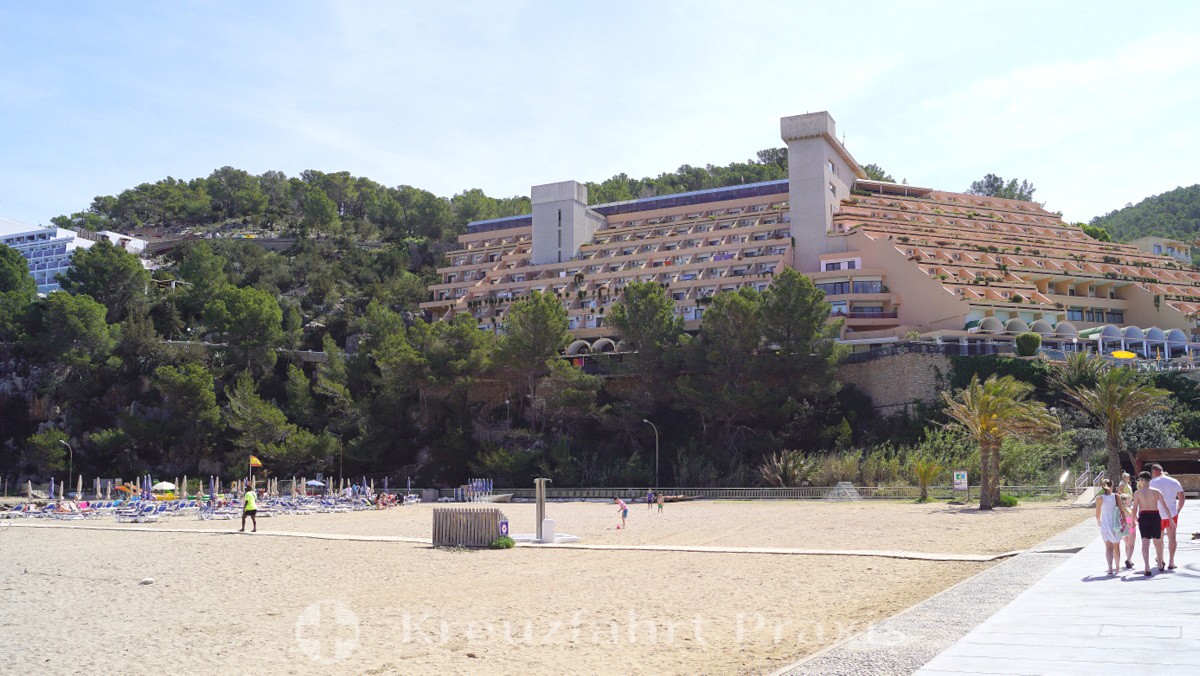 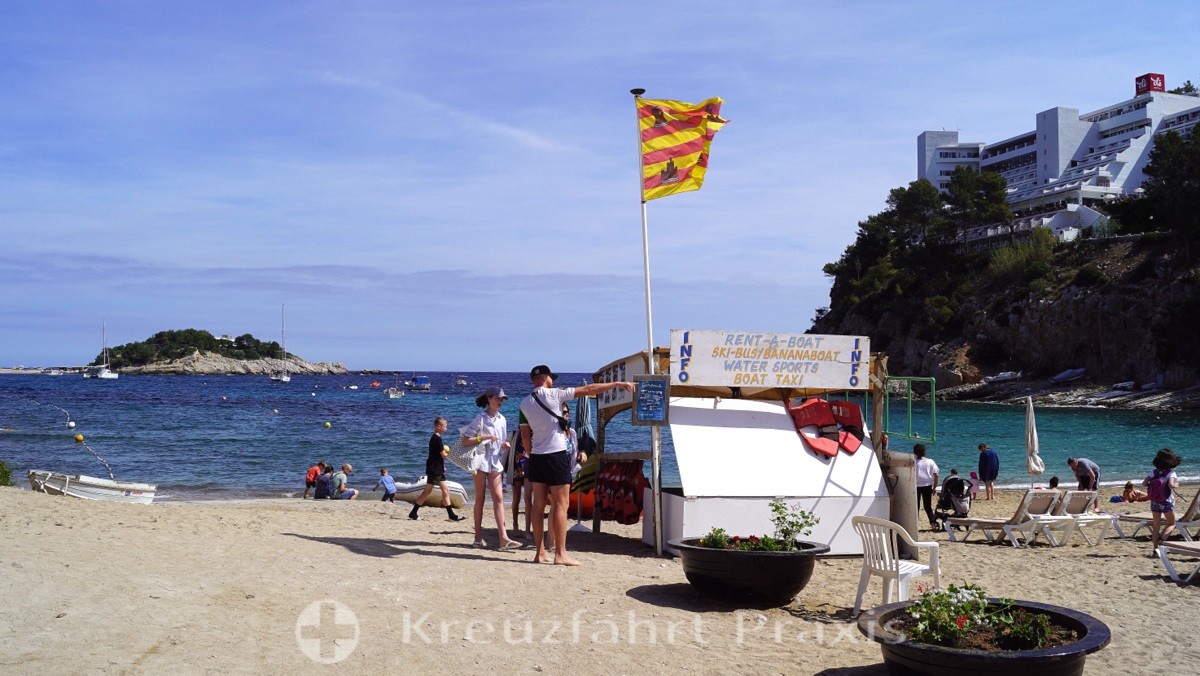 Ten kilometers away is Cala Xaracca, our next destination. Cala Xaracca is a small bay with crystal clear water shimmering in shades from turquoise to deep blue. The rugged, tree-covered rocky coast rises above the bay. 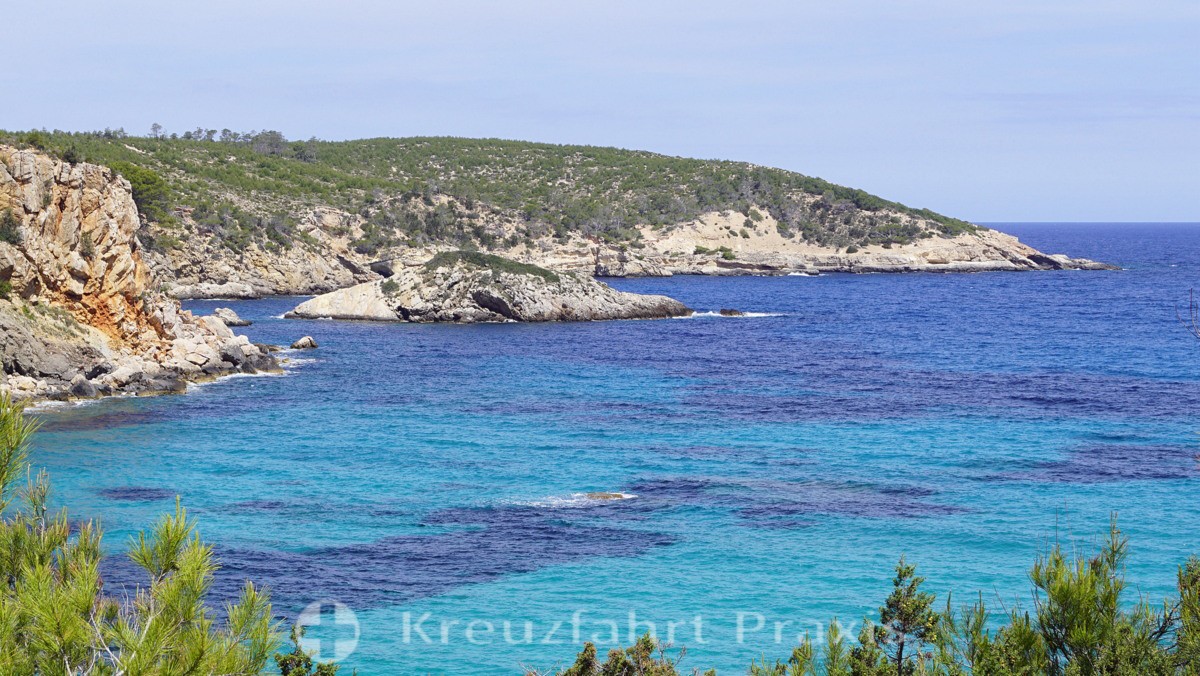 After three kilometers we reach the beach of Portinatx. It turns out to be a beautiful, well-kept beach with loungers, parasols and clean turquoise water. A bay to fall in love with. Thick coniferous forest surrounds the whole thing. In between hotel complexes and detached houses. 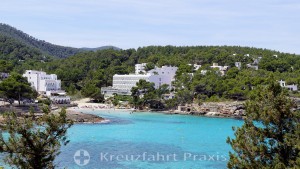 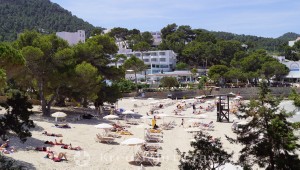 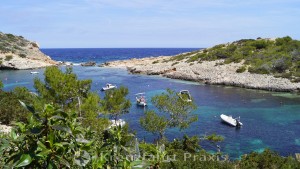 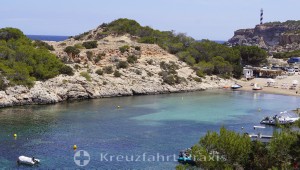 Punta Galera Bay is around the corner. It presents itself with a narrow sandy beach, a rustic beach bar, a few parasols and sun loungers. The berths hidden on natural terraces are not immediately visible. That fits well, the bathing place is popular with nudists. A black and white lighthouse rises up on the cliff beyond the bay.

The bays visited before belong to the municipality of Sant Joan de Labritja. The place is at an altitude of 200 meters and eight kilometers from Portinatx. Sant Joan is the administrative center of several villages. Not much is offered: a few streets, the town hall and a beautiful single-nave church from the 18th century. It did it to us. One of the long sides of the church is made of rough natural stone; the other outer walls are plastered and painted bright white. Through two round arches we get into the unadorned interior of the church. The sanctuary looks simple; it lacks the usual opulence of Catholic churches. The life-size metal sculpture of a clergyman placed in front of the church is striking. The modern statue fascinates us. 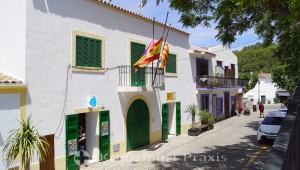 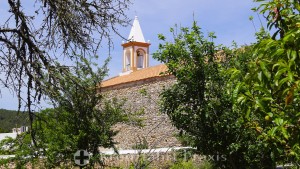 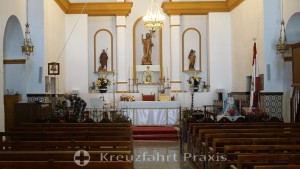 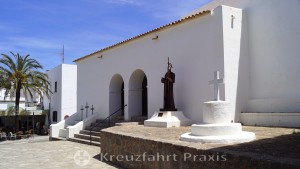 A recommended bathing bay in the northeast of Ibiza

The next stop on our road trip is Cala de Sant Vicent. The spacious bay is less than ten kilometers east of Sant Joan de Labritja. Visitors can expect a beautiful beach, clear water, loungers, umbrellas and showers. There is also a promenade. The beach is guarded by lifeguards and there is no shortage of bars and restaurants. The wealthy have built their houses on the surrounding slopes. Enviable! 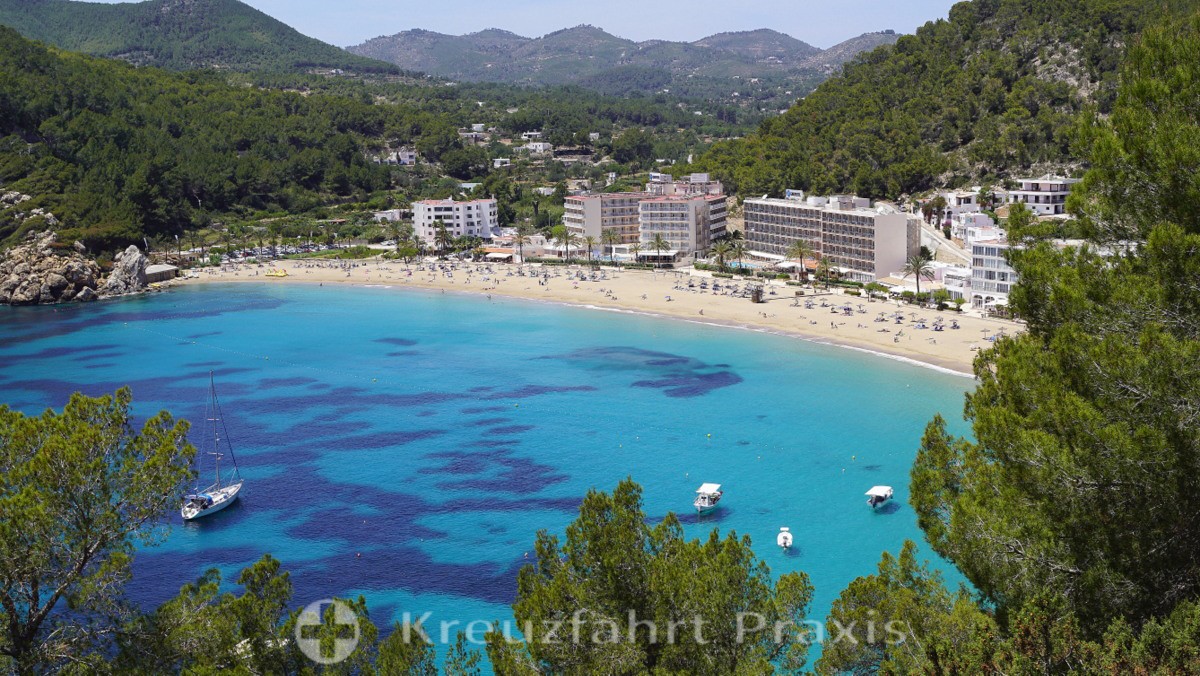 A visit to the center of the hippie movement

We drive seven kilometers from Cala de Sant Vicent to neighboring Sant Carles de Peralta. The center of the hippie movement in Ibiza in the 1960s and 1970s is a tidy small town with modern buildings, shops, restaurants and bars. Everything that Ibiza guests expect is there. The hippy market in Sant Carles is legendary. Las Dalias has been organizing the market on Saturdays since 1985. 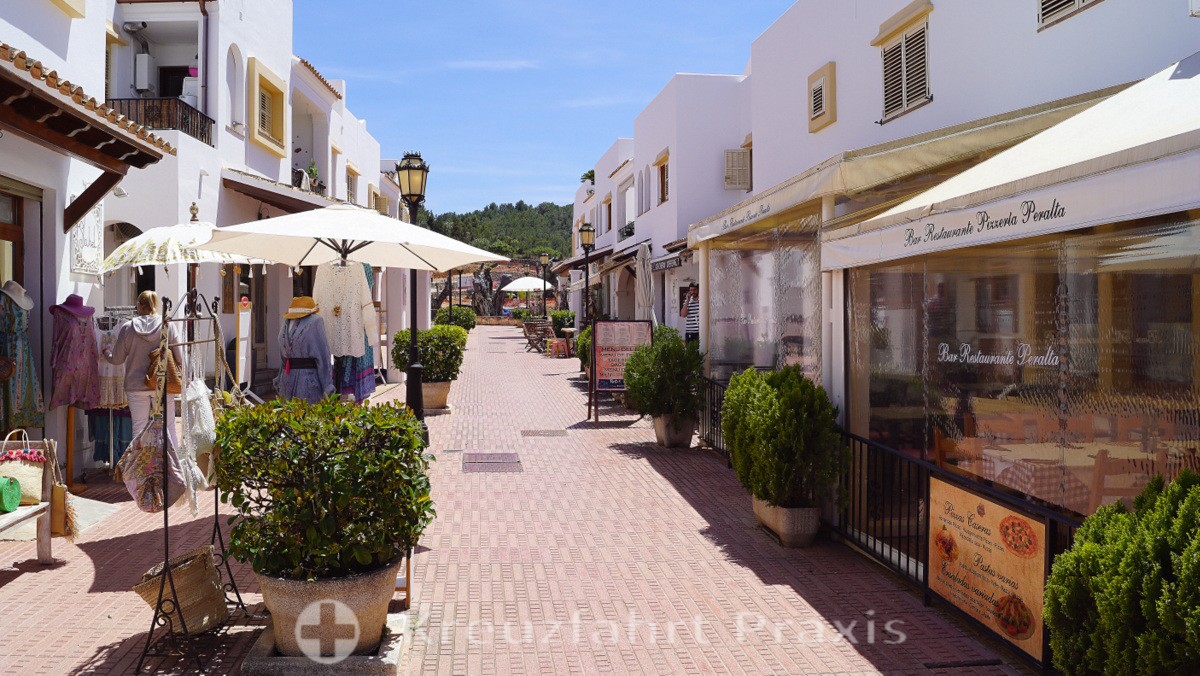 We come to Sant Carles de Peralta on Tuesday and not because of the hippy market. We are interested in the place and the church dedicated to San Carlos. It comes from the 18th century. We are particularly impressed by the extraordinary lobby. It consists of three entrance archways and a double archway inside. Unfortunately, the original church is no longer preserved. During the Spanish Civil War, the building was badly damaged and essential parts of the facility were lost. In our opinion, the reconstruction of the church was a good success. 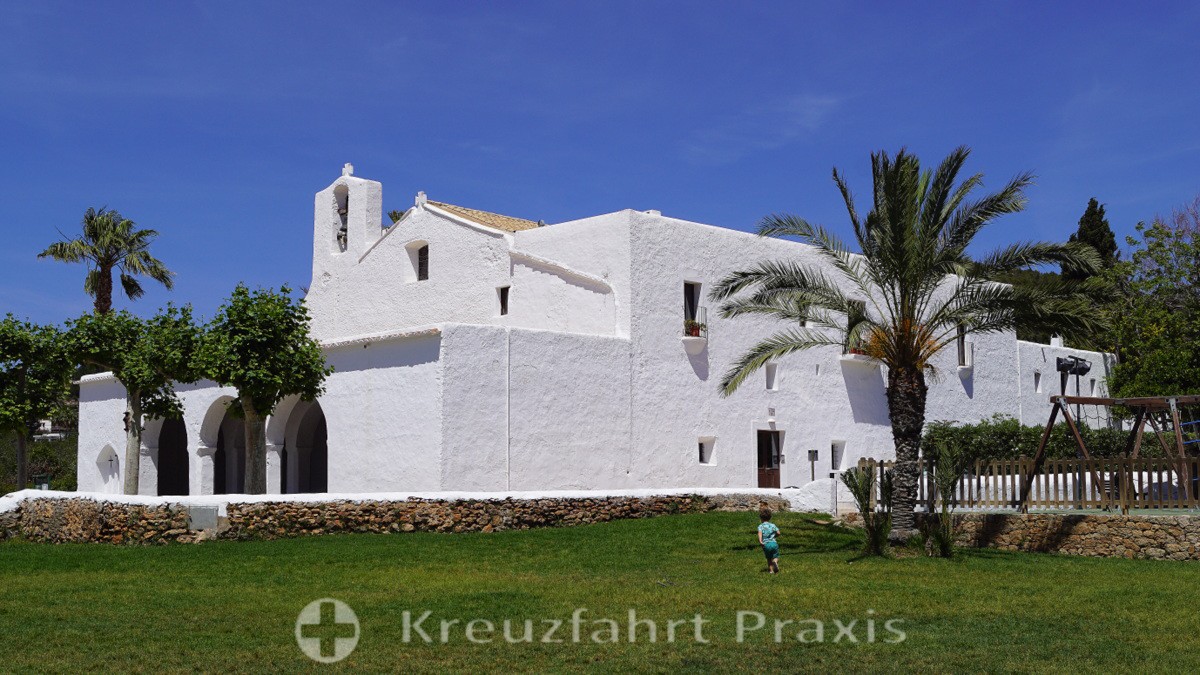 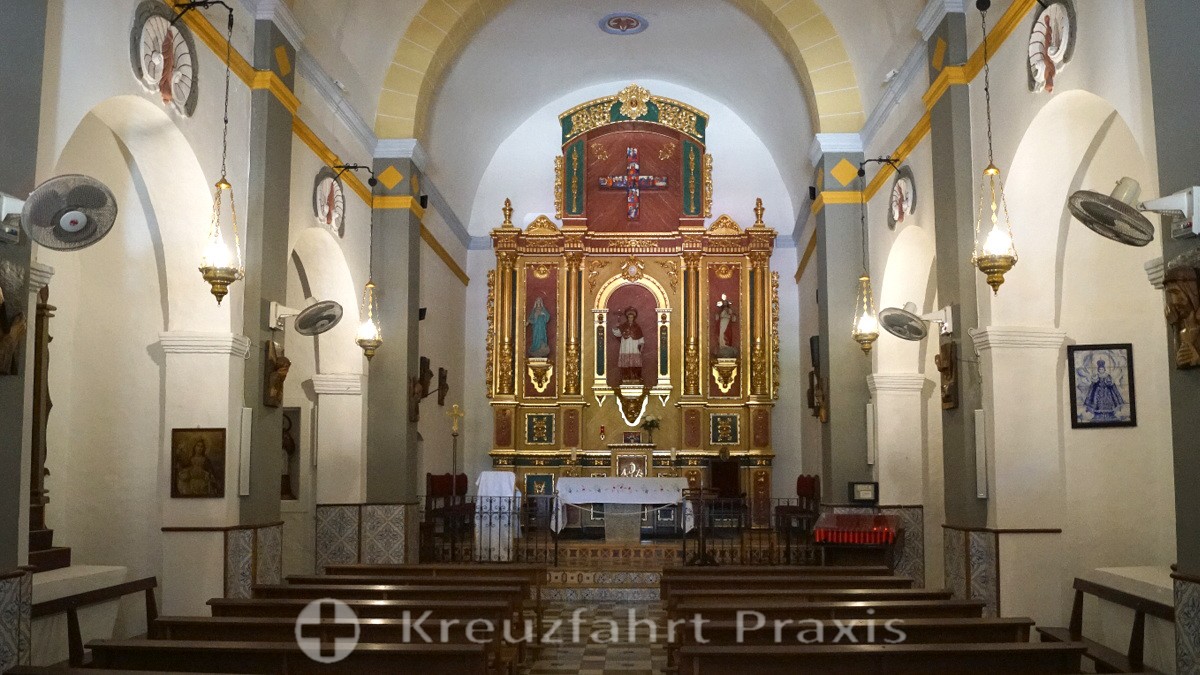 Our next destination is Santa Eulària des Riu. Compared to the small communities we saw earlier on our road trip through Ibiza's north, Santa Eulària is a city. The population is given as 36.000. However, many of the residents live in neighboring towns. 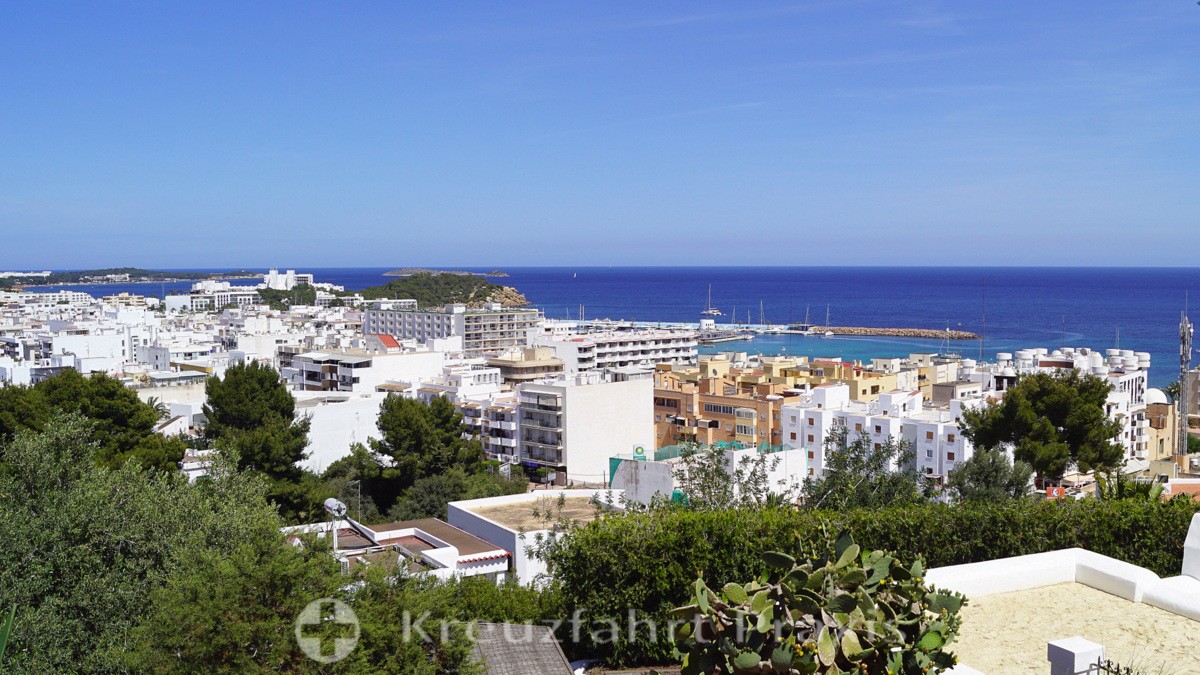 This is what Santa Eulària offers its guests: two beautiful city beaches with many amenities, a large marina, a long beach promenade, interesting shops and varied gastronomy. After Santa Eulària, the Parròquia de Santa Eulàlia especially attracts us. It was built in the second half of the 16th century on the Puig de Missa hill, which is more than 50 meters high. At that time, pirate attacks were constantly to be expected, which is why the church was designed as a fortified church. The building still embodies its original function today. The parish church is worth a visit. 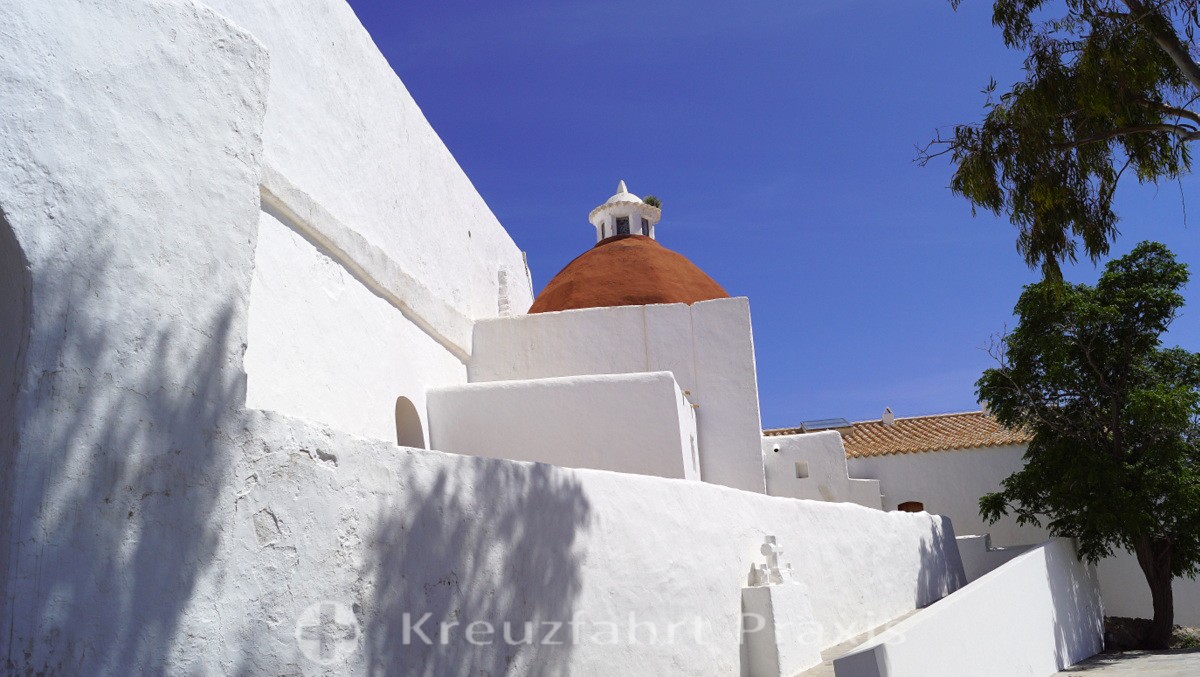 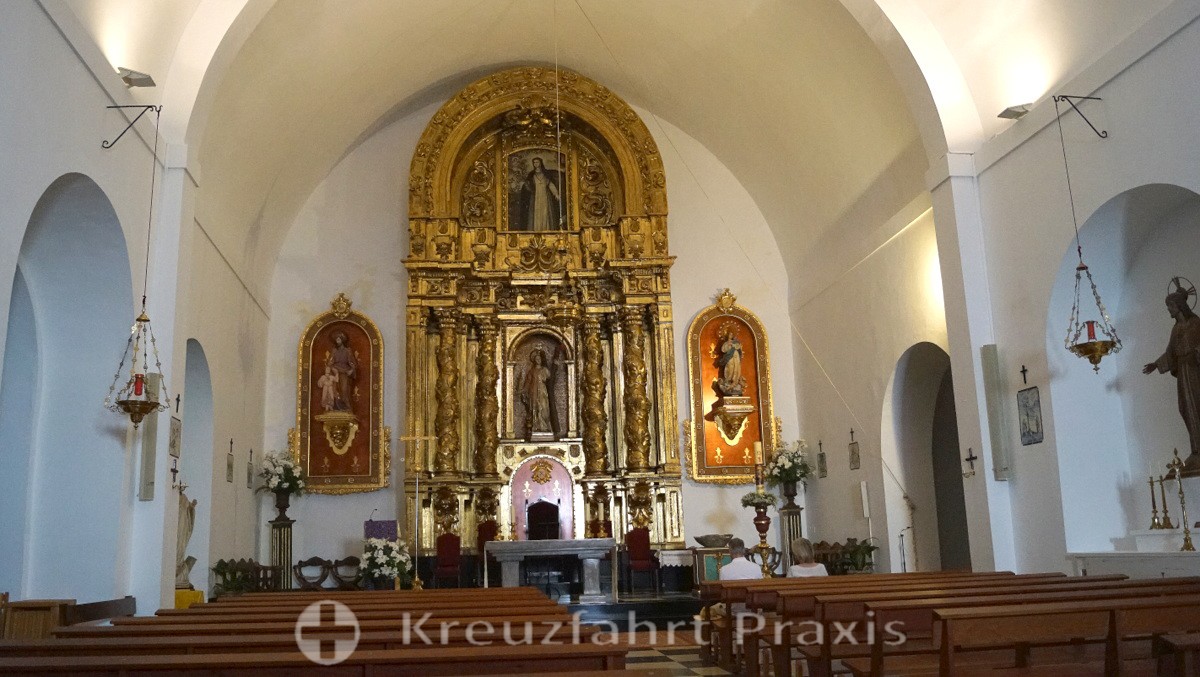 The rest of the day is reserved for Ibiza Town

Our road trip ends in Santa Eulària des Riu. We drive back to Ibiza Town and use the rest of the day until well into the evening for an extended tour of the island's capital. We report more on this under Explore Ibiza Town. We roam the lower town and the upper town of Dalt Vila. As with our previous stays, the city tour is worth seeing and entertaining. We get a lot of new impressions. And last but not least: We find a bar where we are served a light snack and good wine. A perfect day!