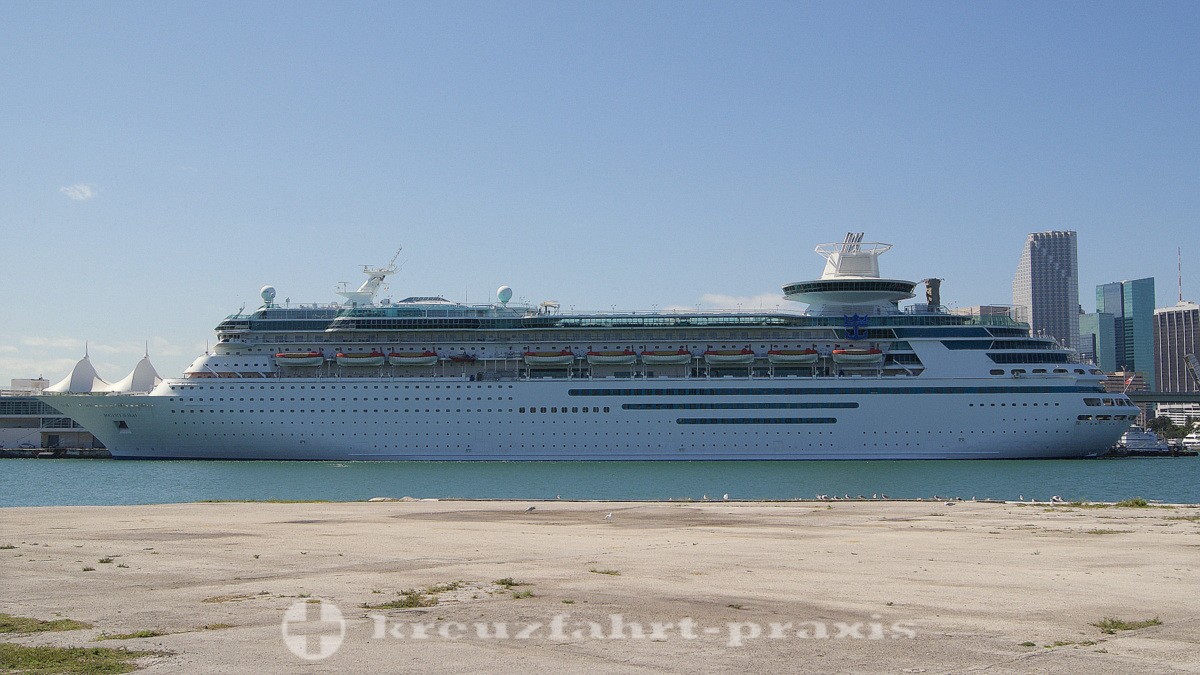 Royal Caribbean repels Empress and Majesty of the Seas

December 17, 2020 - Royal Caribbean is separating from two veteran ships this month: the Empress of the Seas and the Majesty of the Seas. Both ships are being sold to an undisclosed buyer from the Asia-Pacific region.

As the shipping company's oldest and smallest ship, the 211-meter-long Empress of the Seas recently carried out cruises in the Caribbean. Royal Caribbean took over the cruise ship in 1990 from the shipyard Chantiers de l'Atlantique in Saint-Nazaire, France. The Empress was the first ship to depart from the then newly opened Cape Liberty Cruise Terminal in Bayonne, New Jersey, in 2004. Bayonne is across from New York and is used by Royal Caribbean as a location within reach of New York. The ship, measured at 48.563 GT, was used by Pullmantur for several years. Pullmantur was formerly an affiliate of Royal Caribbean. In 2017, the Empress was the first Royal Caribbean ship to sail to Cuba.

Majesty of the Seas in Miami

The 263 meter long Majesty of the Seas was introduced in 1992 as the third ship in the Sovereign class. The ship, measured at 74.077 GT, was also built by Chantiers de l'Atlantique. Most recently, she conducted 7-day cruises in the western Caribbean from Miami / Florida.