At the end of December 2013, twelve ships were sailing under the NCL flag. Eleven of the ships do this "Norwegian" in the ship's name. A twelfth ship answers the name Pride of America. It is serving in Hawaii. Ship No. 13, Norwegian Getaway, will go on her maiden voyage in January 2014.

In the following we will look at the oldest ship in the fleet, the Norwegian Spirit.

The ship was built under the original name SuperStar Leo. They were the clients Star Cruises in Singapore. The company is the parent company of Norwegian Cruise Line. After completion, the ship sailed for Star Cruises in Asia and around Australia for several years.

Then it turned on NCL passed on. The reasons for this were operational bottlenecks at NCL. Since 2004 it has been called "Norwegian Spirit". First it went to Alaska. It later served in the Caribbean. 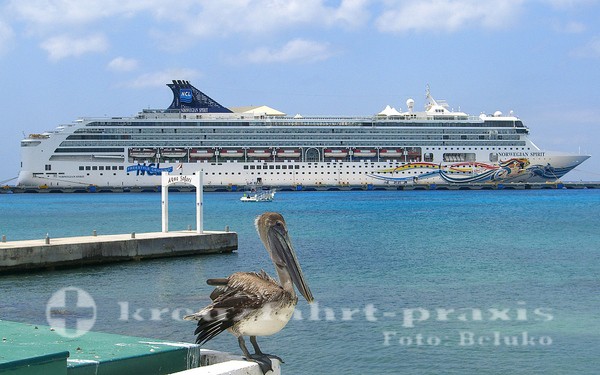 The report is based on “experiences” with this ship from March 2010. At that time, the ship was already 12 years old. - When it was taken over by NCL, Norwegian Spirit was converted and prepared for the American market. In 2010 it was generally still in good condition. A scheduled renovation then took place in 2011.