Until March 2015 the Ventura the flagship of P&O Cruises, Southampton. It has this nimbus with the commissioning of the Britannia, the newest and much larger ship in the P&O fleet.

The 116.017 GT Ventura was built by the Fincantieri shipyard in Monfalcone near Trieste. she is a Grand class cruise ship and sister ship of the P&O Azura. Grand-class ships were also from the sister brand Princess Cruises commissioned. - Both P&O ships differ only slightly in terms of their size and equipment. In terms of target market, the Ventura is a ship designed for family vacations; The facilities reserved for children and adolescents are correspondingly large. The Azura, on the other hand, was built for the classic cruise clientele. 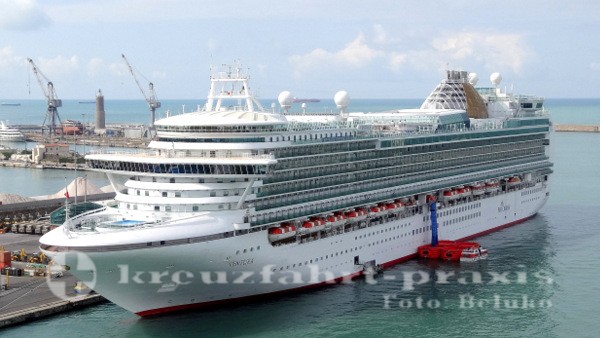 Information about the Ventura

In addition to extensive equipment with various restaurants, lounges and bars, there is no lack of sports and spa facilities appropriate to the size of the ship, nor is the entertainment offering cause for complaint. Discussions, lectures, music events, stage shows and films are offered in the two-story theater, which can seat more than 700 spectators. Guessing games, comedy, cabaret and dance are presented in two show lounges and in the beer pub The Exchange. 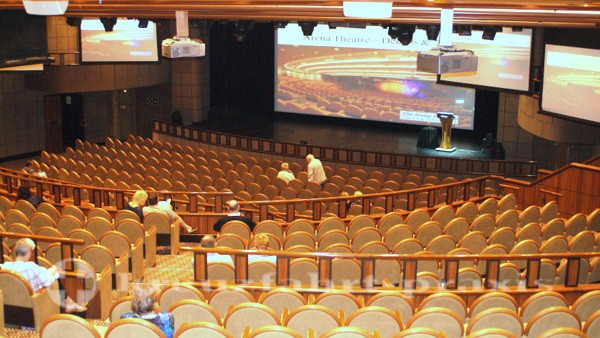 The mighty open chimney is an eye-catcher from the outside. It gives the Ventura a special character. Inside the ship, the three-story atrium in the middle of the ship is impressive. It opens up all the public areas of the ship. Four imposing granite columns and two glass elevators give the room that certain something. The cost of building the ship is said to have been around £ 330 million.

Whether the more than 7.000 art objects exhibited on board the ship were included in the price is unlikely to matter. 55 British artists have contributed to the design of the art collection. Godmother was the English actress Helen Mirren. A command unit of the Royal Marine supported them with a spectacular abseiling maneuver during the christening act. 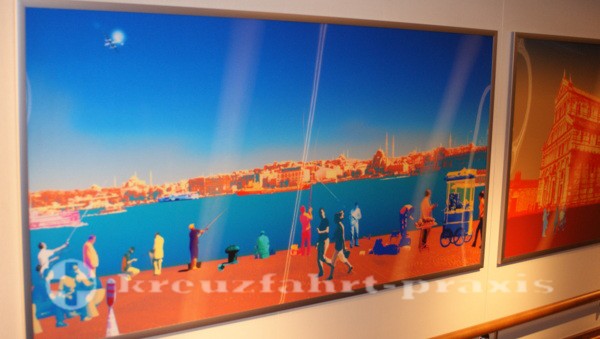 In its advertising appearances, P&O Cruises uses the motto, “Discover a different world”. We did that in mid-March 2015 when we tested the ship and its “software” during an Atlantic crossing starting in Bridgetown / Barbados and ending in Southampton / England. Although we did not discover any other world, as Anglophile travelers we enjoyed the cruise immensely. More information can be found under route and individual assessment.