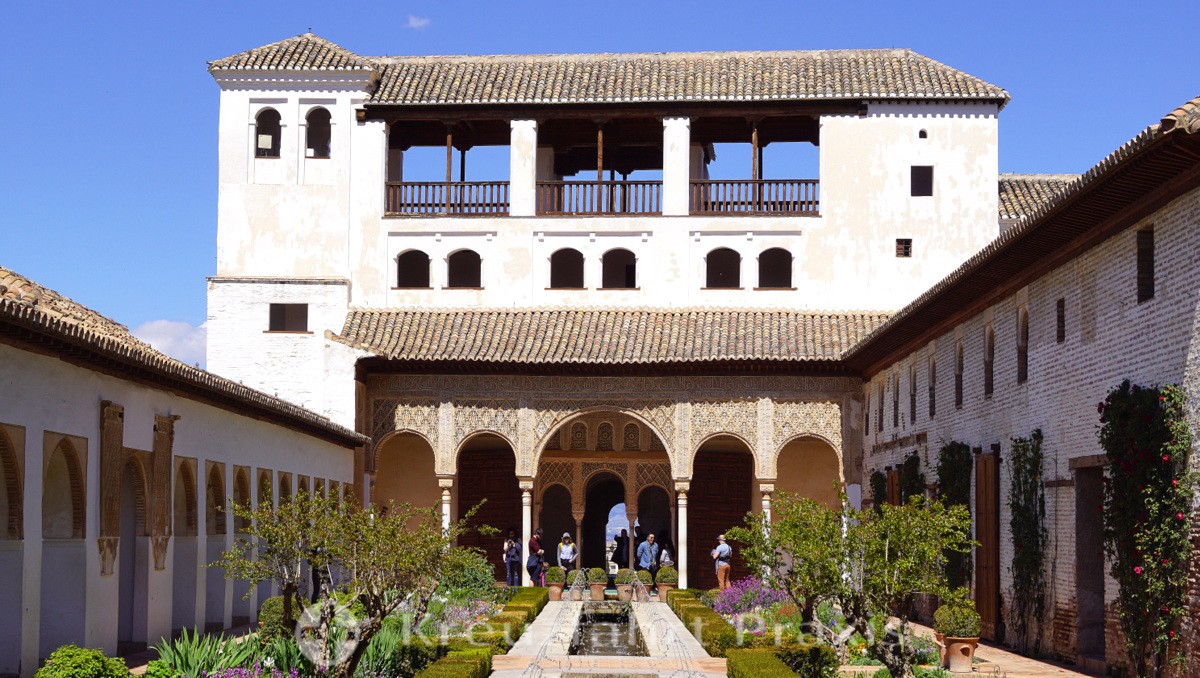 For our stay in Malaga we booked a tour to Granada organized by TUI Cruises. We were in Granada many years ago. We were so impressed by the Alhambra and the Generalife Gardens that we would like to see them again. 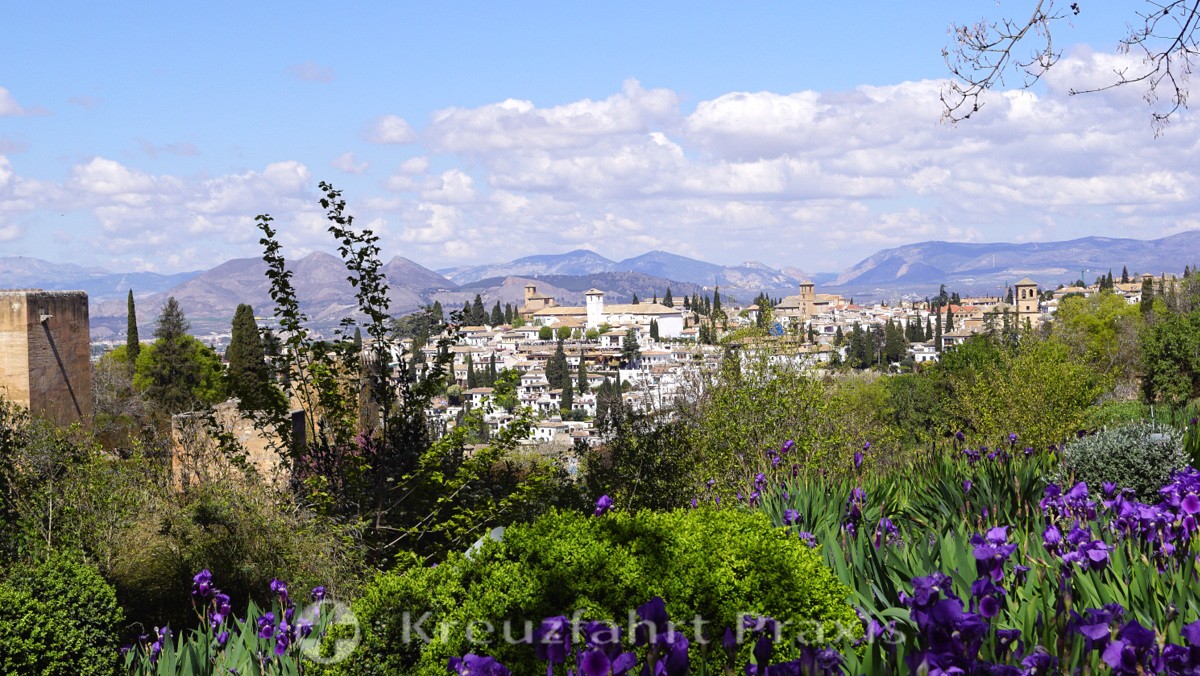 In recent years, access to the Alhambra has been limited to a maximum of 7.500 people per day. Tickets are personalized and visitors' IDs are checked at random.

30 people take part in our organized tour, only the first bookings were taken into account. The meeting is at 8:00am Everyone is on time, except the ship. So we don't start until 8:30am 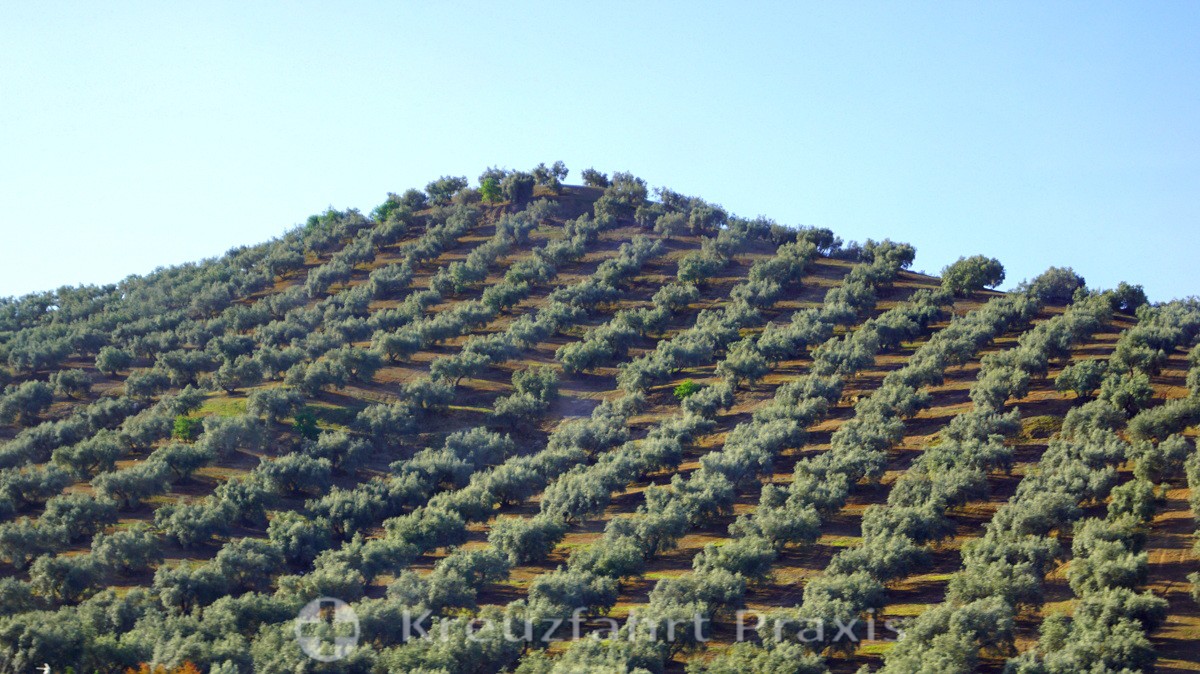 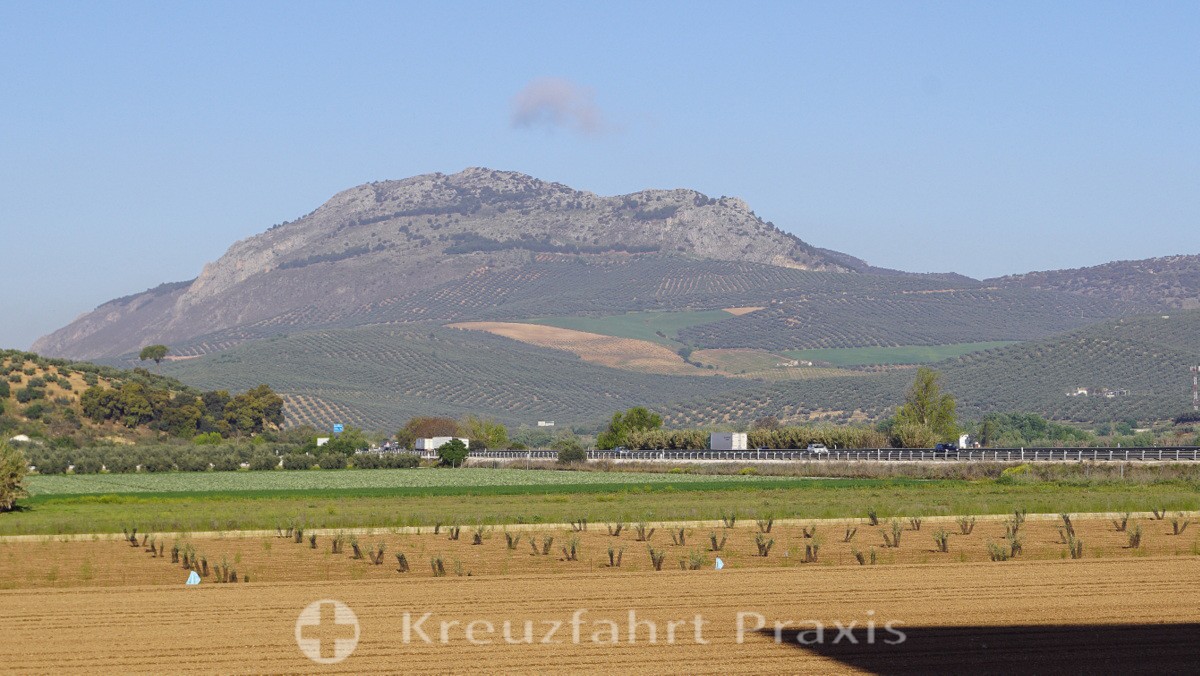 You can find the details of our tour at Granada - discover the world heritage city.

The program of our tour is not very ambitious. The drive to Granada takes two hours. We stop about three kilometers from the city center for an early lunch buffet. Then it's on to the Alhambra. There we will meet the guide who will accompany us through the Alhambra and the gardens and will be given our access cards.

Our tour first leads through the Generalife Gardens and the Summer Palace. It's wonderfully warm and sunny, and the gardens are fresh and blooming. Up until the day before, it was cool and rainy in Granada. Once again we are lucky with the weather. 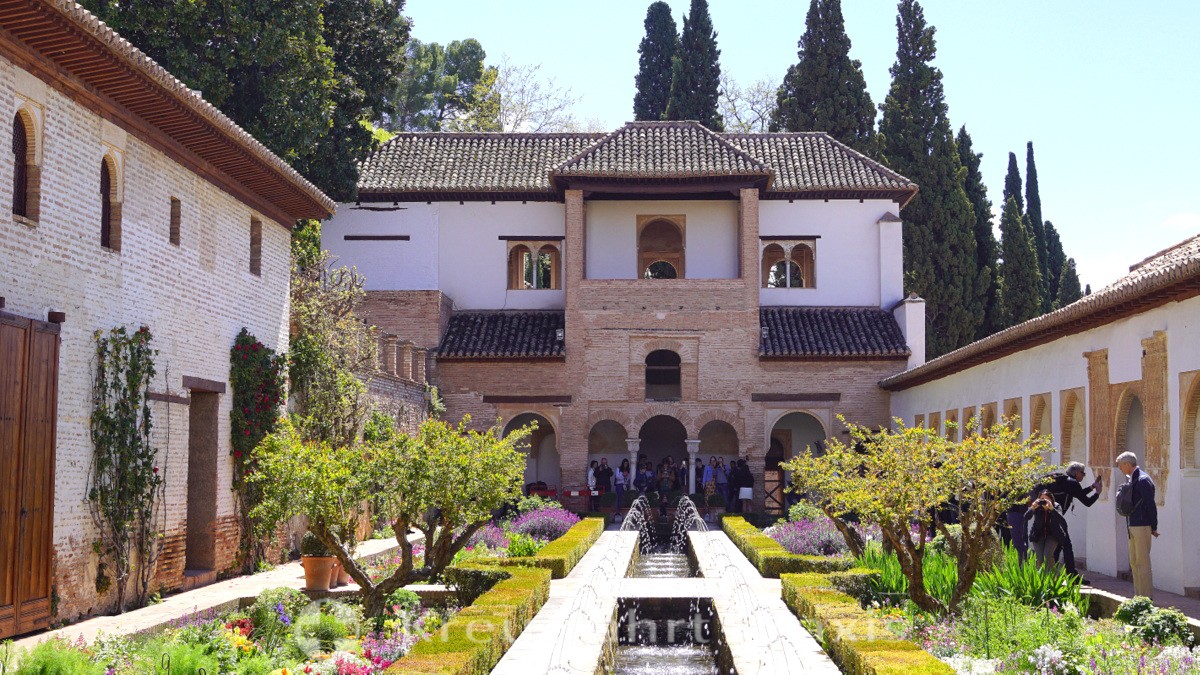 In the garden of the Palacio de Generalife

Then we go through the fortress of the Alhambra. Our tour guide is very good, he gives the information through an audio system. So we can see everything and hear his information. From two o'clock we have access to the inner areas of the Nasrid Palaces with the famous Lion Court.

Our tour ends shortly after three o'clock. During our tour we covered almost four kilometers. The bus is already waiting, two hours later we reach the cruise center in Malaga. Our group is the last to board. A little later, Mein Schiff 2 casts off. In our post Malaga let's write about this interesting cruise destination.

Conclusion: it is worth visiting the Alhambra and the Generalife Gardens. Compared to our first visit about 15 years ago, a lot has changed in the processes. It is possible that the strict regulation has helped to preserve the beauty of the entire complex. 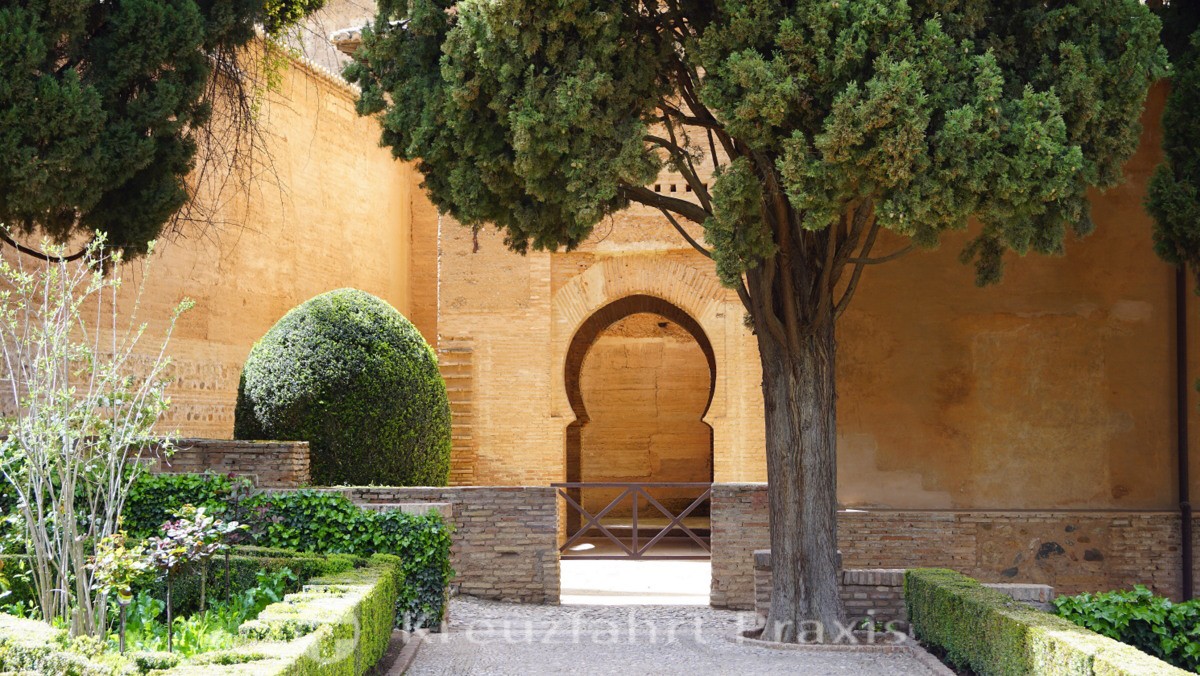 For our tour I would have preferred a packed lunch instead of the lengthy lunch and a stop directly in Granada with free time to look.

It is also wonderfully warm in the evening. We eat outside and sit for a long time. Later there is the "White Night" pool party, a highlight of the evening events. As expected, this means on this cruise: families with small children will be entertained on the dance floor from late evening until late at night. 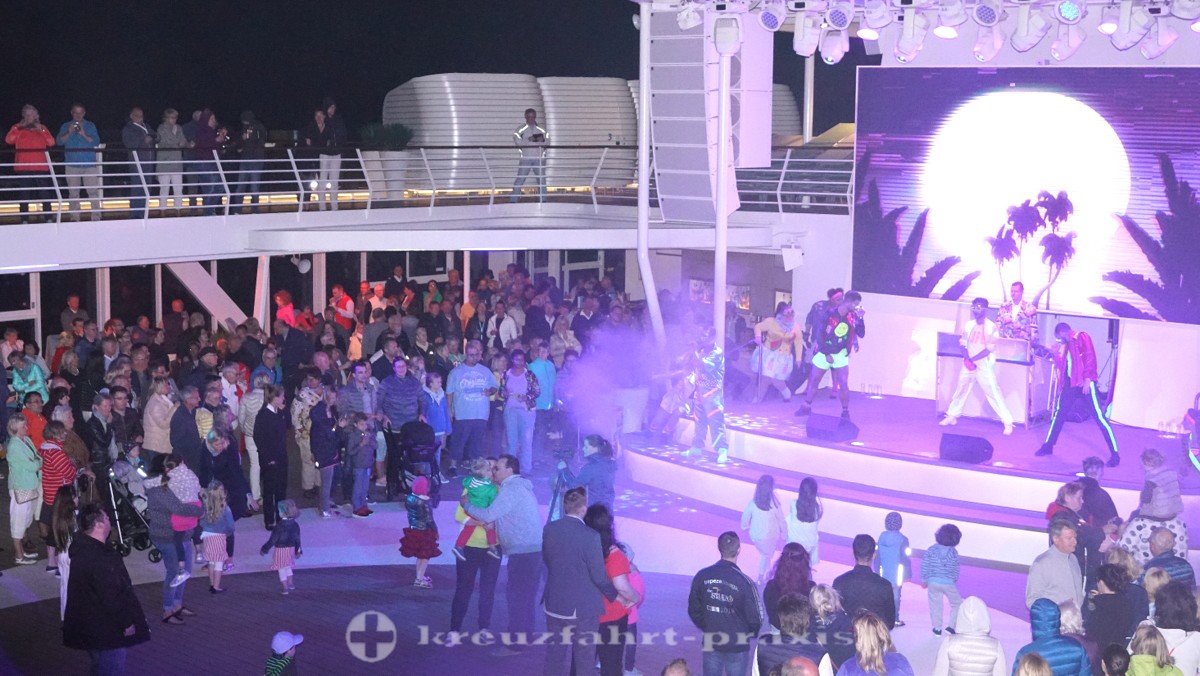 The children are now annoying. I always feel like I'm in a daycare center. Although it's not the children's fault. The parents drag them everywhere around the clock. And the shipping company does not set any limits. Two and three year olds on the dance floor by the pool until almost midnight - what's that supposed to mean?