Unexpected in Sardinia and a day full of highlights

The unexpected often comes. And so, as reported today, we don't end up in Africa, but in Sardinia. And that's so nice ...

But let's start with breakfast, the East restaurant is open the longest today and so we enjoy a salmon-rich breakfast with a few other guests. Then the children first go to the kids club for one round. During this time we can not only enjoy the balcony, but also do something that we have always done in new ports - from now on there are no new ports for us on this tour - namely first of all take a tour of the ship and thus the port get to know from high above.

Cagliari is the capital of Sardinia and is located in the very south of the island. The old town Castello is directly opposite the port and is built on a rock. Directly in front of the harbor is a shopping street, Via Roma, on which you can stroll past the shops under arcades or sit in cafes. 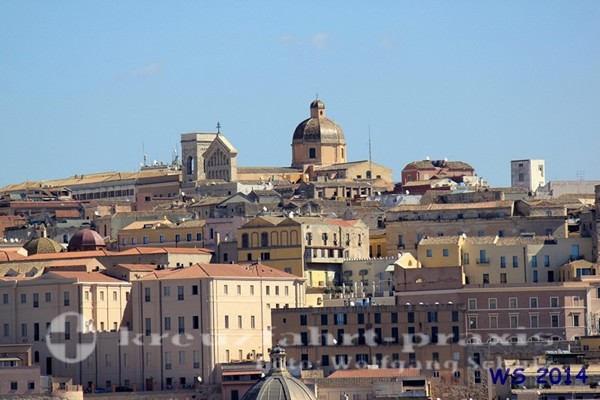 The port itself is small, at best comparable to Ajaccio on our trip, no, a little bigger than there. We are on a large quay, opposite which there would be space for a second large cruise ship. Next to us there are 2 ferries that are being loaded, there is not more space in the port. Industry is limited at this point, a couple of large silos, a small shipyard, that's it. Opposite our quay is a very long pier, to which several old boats are moored, all of which have sunk and partly only completely eaten away metal can be seen. 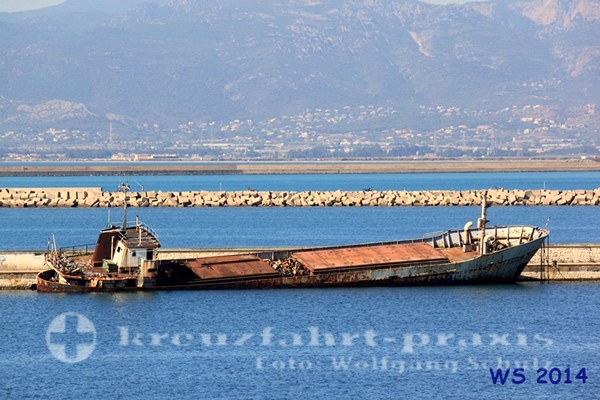 From time to time planes whiz over us at a low altitude, we are exactly in the approach lane of the nearby airport

The port cannot be entered on foot, but the city has free shuttle buses that run every few minutes and bring us to Via Roma in less than 10 minutes from the port.

As soon as the children arrive from the kids club, we set off for town. This is very easy, because from Via Roma the wide avenue Largo Carlo Felice and many narrow streets lead into the center of the old town. It's all wonderful to walk to, you just have to be aware that it's going up. We walk along the avenue, not yet very steep, but then from Piazza Yenne up countless stairs at a private school. Once at the top we stand puffing in the blazing sun at 28 ° C in front of the old city wall below the university. We walk this, safely guided once again by googlemaps along the beautiful old defense towers through many narrow streets to the Cathedral of Santa Maria.

The alleys are clean, well-developed, often a gutter made of pebbles cemented in vertically in the middle. Many of the houses are very well done, some have a nice facade, some are unfortunately derelict. 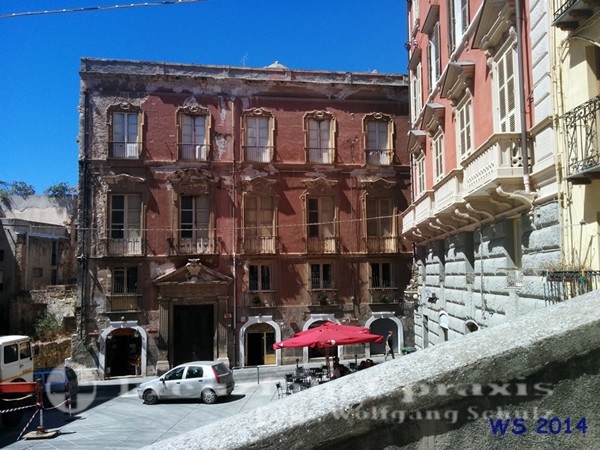 The cathedral is not big, but nicely decorated with lots of marble in different colors. Behind the altar there is a well-preserved staircase past a sarcophagus into a large crypt, this with wooden benches on the side, beautiful ceiling decoration and 2 chapels as side rooms.

From the cathedral one comes directly to large terraces, from which one has a wonderful view over the entire city and the harbor. Really nice, but the balustrade isn't quite my cup of tea because it's waist-high and that makes me feel dizzy when looking down, and it's really downhill right behind it.

From here it goes through serpentine-like alleys towards the harbor, past many fashion, jewelry and book stores as well as countless restaurants. It's all very, very nice and we really like it, the only creepy thing is the entrance to a large bank with police officers with submachine guns at the ready.

The shuttle bus, which we can easily find again, takes us back to the ship. The bottom line remains: Many of the goals described so far are certainly already known to the inclined reader. Cagliari probably not, so this report should encourage us to change that. The rest of Sardinia should also be beautiful, but I can't tell you that from my own perspective, maybe next time.

Back on the ship, we first enjoy a huge strawberry milkshake, completely parched by the sun. That feels good and starts a great afternoon that brings us even more highlights:

Whereby we spend the afternoon playing "the crazy labyrinth" ourselves, then spending hours on the balcony and enjoying the run there. But after that we treat ourselves to a parents' evening and I can redeem my month-old birthday present: an evening at the Buffalo Steak House. This is one of the pay restaurants on the ship and - as the name suggests - specializes in high-end steaks. And we actually experience a very special pleasure. It starts with the waiter explaining how well which red wine goes with which steak, which side dishes go well and which steak is ideal for us with a peeled look at our Spezi and Alster. And what can I say: He took us laymen by the hand really well and he is absolutely right on every point. The American beef from Herforde beef consists of really good meat, is fried to the point and the flavors complement each other wonderfully with the wine. But even if you are not a meat eater: The grilled vegetables that I chose as a side dish are a treat in and of themselves. And of course the creme brulee. Yes, everything fits together here and gives us a great evening: the food, where we enjoy every bite, the atmosphere, the service. That was definitely not our last time, the next birthday is definitely coming! 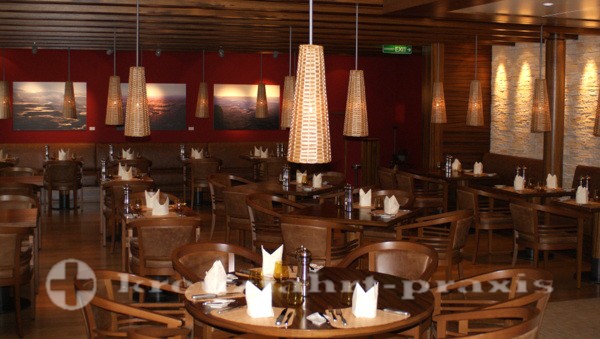 In the theatrium we then fall from one high point to the next. The dance show “Après la Pluie” is great again, we like the 6 soloists again very much in the Phil Collins show “In the Air tonight”. 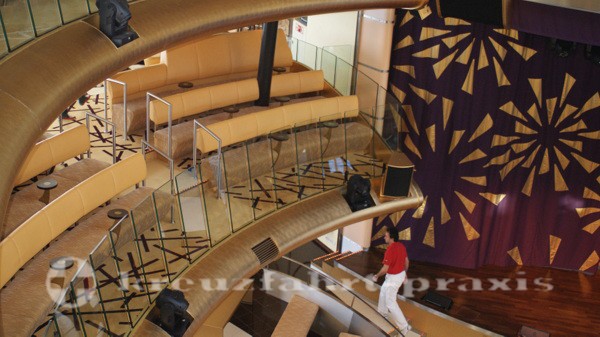 But the absolute climax comes at the end. The solo “Les Femmes” by the Hungarian singer, whom I mentioned at the beginning: Orsolya Kaloczi is small and slim, but has such a powerful, sometimes smoky voice that it is no problem for her to present songs by great singers from different countries . Whether a French chanson or a German love ballad: We have goosebumps! A very big performance!

Then we fall into bed very satisfied. The next stage is 439 km to Palermo.