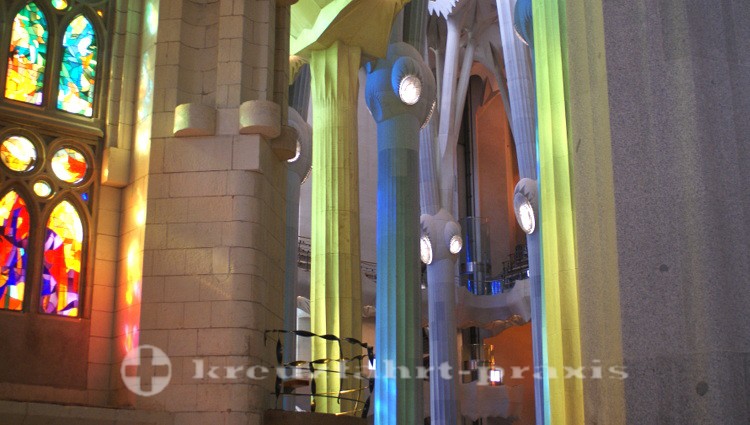 In the footsteps of Gaudí - the Sagrada Familia

Another day in Barcelona. We booked tickets for the Sagrada Familia some time before the trip at 09:15am Since this day will be just as exhausting as yesterday, we use a taxi to get there. 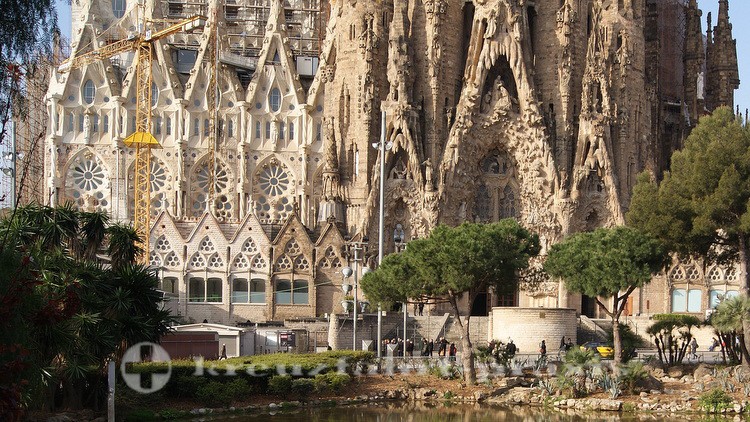 The Basilica Sagrada Familia is the most famous landmark of Barcelona. This church has been under construction since 1882 and should be completed in 2026. It is shaped by Antoni Gaudí, who led the construction work until his death in 1926, and according to whose designs and models the work will be continued as far as possible. So far we have only admired the Sagrada Familia from the outside. The building is massive, the floor plan is in the shape of a Latin cross and consists of five naves. Eight of the planned twelve bell towers have already been built. The columns, which have a tree-like structure, are made of very different materials and actually support the building, are remarkable. And without a doubt, the Sagrada Familia is not just a work of art, but convinces with its in-depth knowledge of religion and religious symbolism. The facades, the portals and the chapels represent the biblical story, theological virtues, saints and and and.

To describe this church one needs the skills of a poet. We stay almost two hours and are thrilled. We plan to visit the Sagrada Familia again after it is completely finished.

In the footsteps of Gaudí - Parque Güell

Again we take a taxi. It is not far from the Sagrada Familia to Parque Güell and public transport makes this part of the city unfavorable for us. Parque Güell is located on a mountain slope in the north of Barcelona. 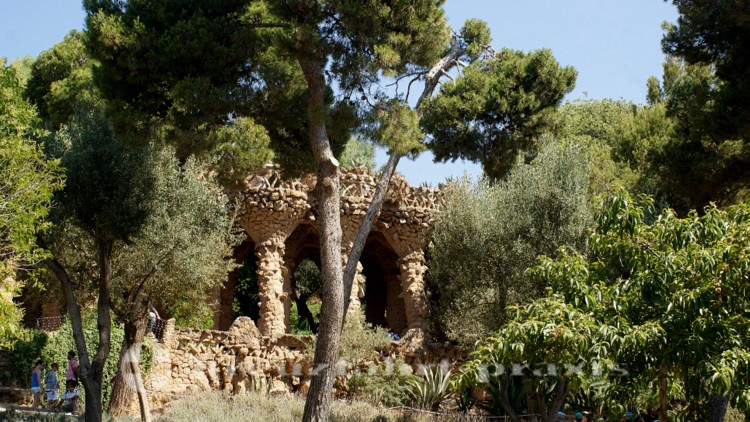 Access to the core area with the dragon as a landmark and the market hall is severely limited, only 400 people are allowed to enter the site at the same time. The waiting times are therefore long. Here, too, you can book tickets for a certain time in advance, but we didn't want to be subject to any deadline pressure when visiting the Sagrada Familia. And since 90% of the facility is accessible without limit, there is enough to see. The versatility of Gaudí is amazing. With Parque Güell, he has created a fairy tale garden, adapted to the natural conditions of the slope. Winding paths are connected with narrow stairs and stone bridges, arcades offer shady places and from platforms that look like towers we look down to the sea. 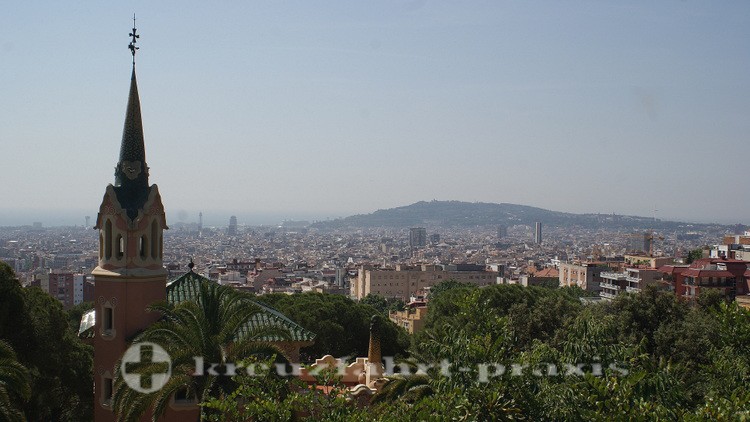 Geese in the cloister of the cathedral

At the exit of the park we get on a bus that takes us to Plaça de Catalunya. We want to try again to visit the cathedral without having to wait long. This time we're lucky and can go straight in. We were already in the cathedral years ago. She is beautiful. Noteworthy is the cloister where a group of 13 geese live. According to legend, they represent the years of life of Saint Eulàlia, to whom the cathedral is consecrated and who was murdered at the age of 13. We have visited many cathedrals worldwide, but no geese lived in any cloister.

The driveway to the tower is also not to be missed. From the different levels of the roof terrace, which are connected by stairs, we overlook the whole of Barcelona. That is absolutely impressive. We stroll slowly through the Barri Gotic, stop by the Rambla one last time and then drive back to the ship.
Celebrity Reflection leaves Barcelona at five o'clock. Even two days are still tight for this beautiful city.

Big show in the theater

In the evening we go to the theater. On a cruise ship, entertainment is very important, and the multi-story theaters on modern large ships are, so to speak, the heart of entertainment. 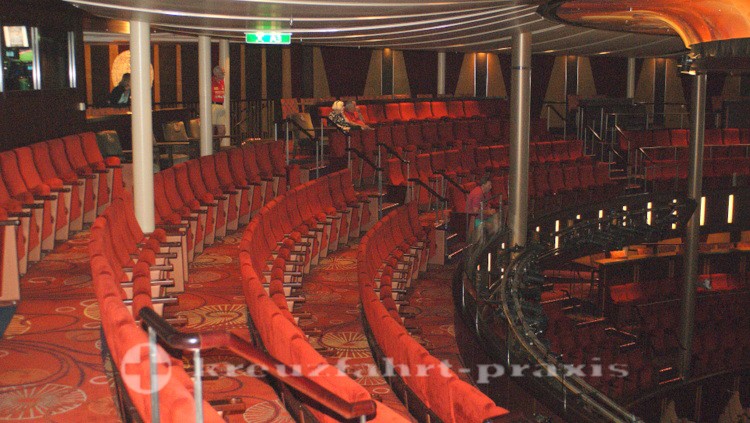 In the theater of Celebrity Reflection

Technically perfectly equipped, they offer space for large music and dance performances. The Celebrity Reflection theater has three floors. We see a Broadway show with the singers and dancers of the show ensemble, accompanied by the on-board orchestra. We can't remember ever listening to a bad on-board orchestra, and the Reflection musicians are really good too. We also like the show: rousing music, good voices, great choreography.