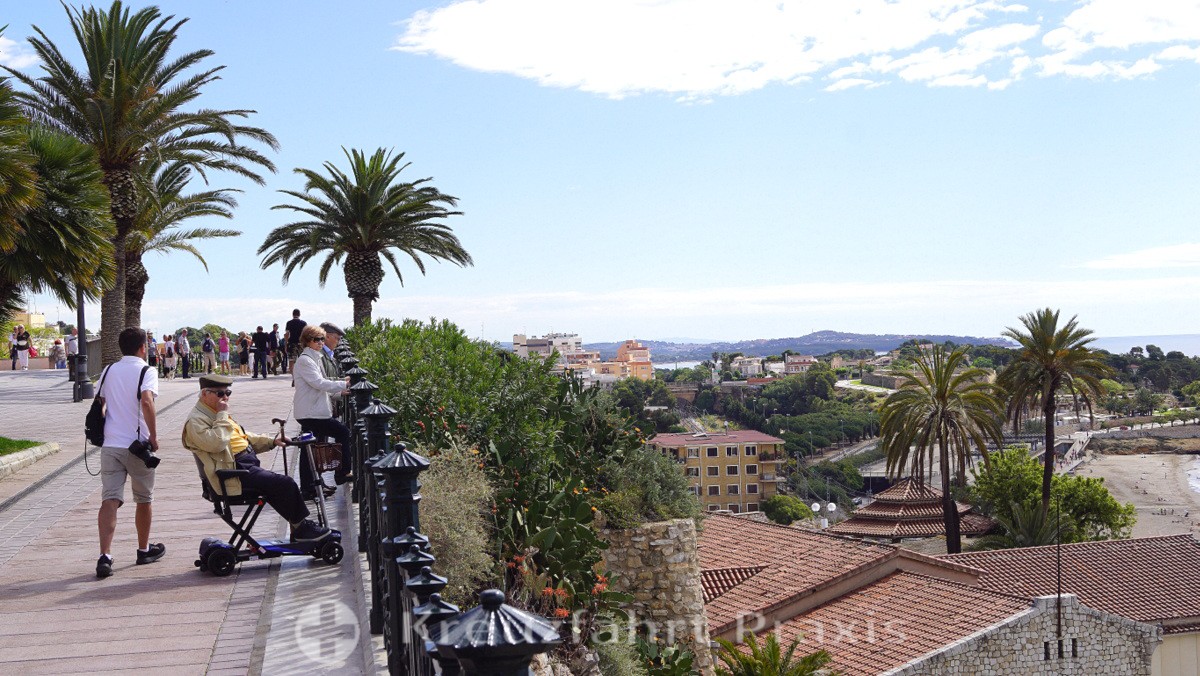 In the morning we reach Tarragona. The cruise terminal is 5 kilometers from the city center on a long pier. There is a Costa shuttle bus or taxis. The shuttle bus can be used all day for € 12, a taxi costs € 5 each way. The rush to the taxis is enormous. Therefore we opt for the shuttle bus, even if we think it is completely overpriced.

At 18 degrees it is quite cool at first, but sunny and only slightly cloudy. At noon the temperatures reach 25 degrees.

A balcony 40 meters above the Mediterranean

The bus stops above the amphitheater. 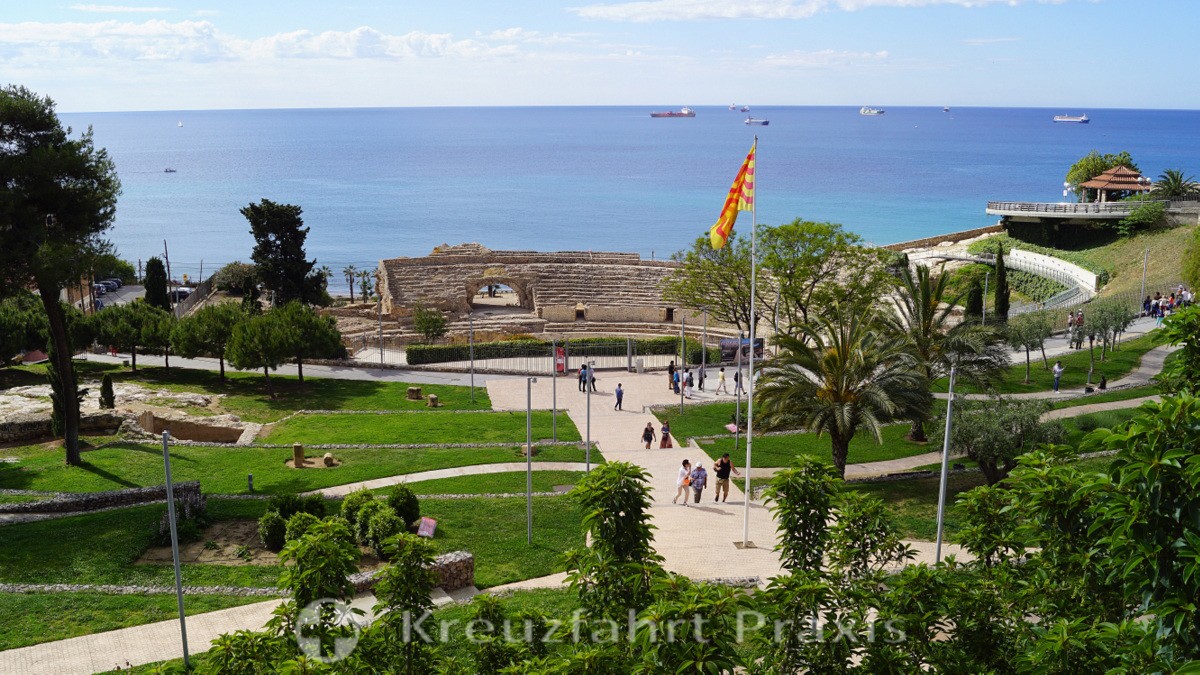 The view from outside into the park-like area with the remains of the Roman theater is enough for us. We continue to the viewing terrace "Balcony to the Mediterranean". This place, protected by an artfully decorated grille, is 40 meters above sea level. You are actually standing on a balcony and have a wonderful view of Tarragona's harbor and the Mediterranean Sea.

We continue to Rambla Nova. It has been the city's most important promenade for over 150 years. The Rambla Nova is a real promenade.

In the middle is a wide pedestrian zone, bordered by benches and trees, followed by driveways, sidewalks and shops on both sides. We stroll along the Rambla Nova to the monument als Castellers, which pays tribute to the famous human pyramids of this region.

Then we visit the local forum on Carrer de Leida, the center of urban life in Roman times. I hadn't expected the multitude of buildings from Roman times in Tarragona at all; it is impressive.

We deserve a break. We enjoy coffee and pastries in a small café away from the hustle and bustle.

Our next destination is the Roman city walls, through which we enter the historic center. In addition to the Roman buildings of the Provincial Forum, there are primarily medieval buildings here, some of which were built above the Roman ones. Examples are the cathedral, the biblical museum and the arcades on the old market square. 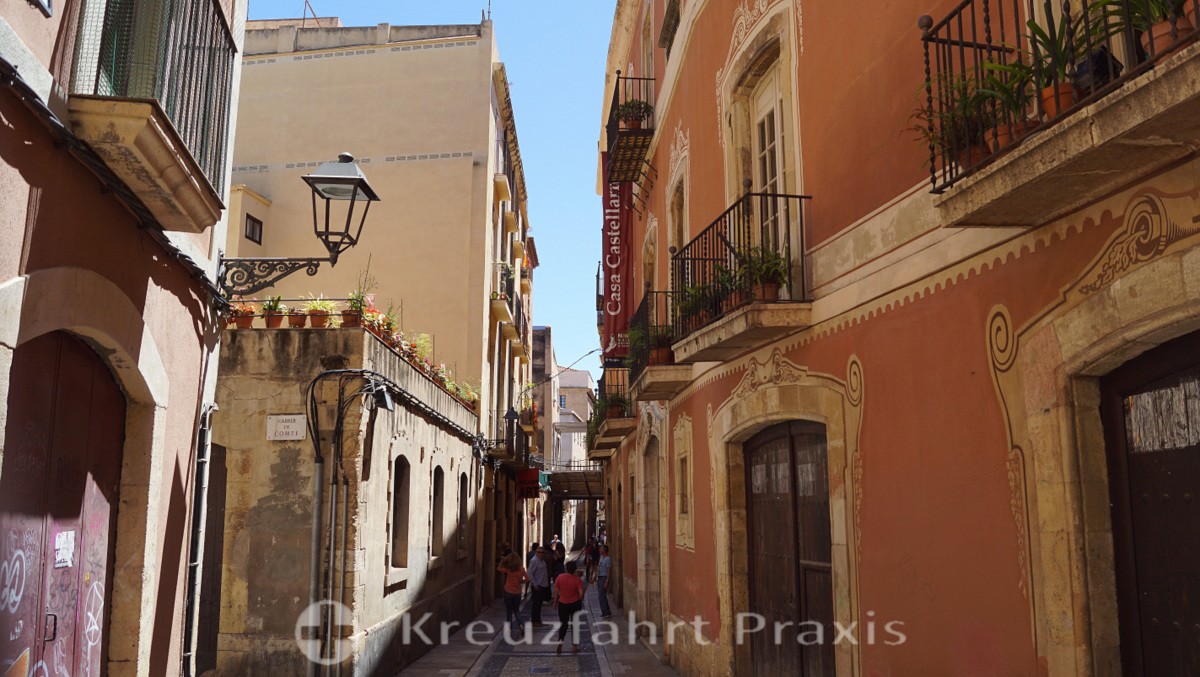 And not only the old buildings are worth seeing. Every alley in the historic district is inviting. Sometimes it's quiet, sometimes it's busy. There are inviting bars and shops everywhere, no dirt and rarely graffiti.

The most beautiful place in Tarragona

We leave the historical center at Plaça del Rei, after admiring the National Archaeological Museum and the Praetorium Tower. This is followed by the Circo Romano, which is one of the best preserved in the world.

Large parts of this spectacular course are still under buildings from the 19th century. This is also the case under the Plaça de la Font. We are impressed by the representative Tarragona's town hall on the front, and restaurants and cafés on the long sides. For me, the Plaça de la Font is the most beautiful square in Tarragona. 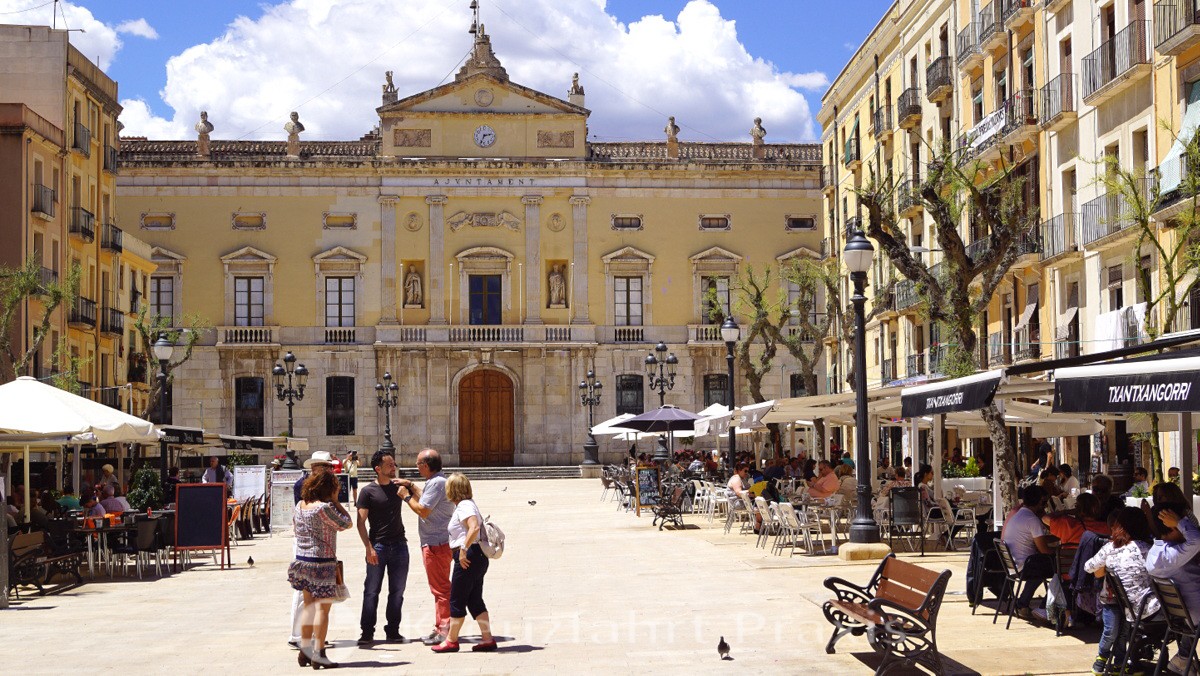 We take the shuttle bus back to the ship. We were on the road for a total of six hours and covered almost 15.000 steps. I enjoyed our tour very much. Tarragona surprised me. I did not expect so many attractive sights, although I was well prepared for this tour. In addition, Tarragona is a well-kept and clean city with beautiful promenades and squares and a lively gastronomic scene. In our posts Tarragona and Discover Tarragona on your own you will find a lot of interesting facts about the city and details about Tarragona's sights.