Mariner of the Seas - Cruise in the Eastern Mediterranean

Who doesn't like to be on a well-tended ship in September in the Eastern Mediterranean?

For this we had a ship of the Royal Caribbean selected: the Mariner of the Seas. Details about this ship can be found under Cruise Ships. We confess that we prefer individual travel, and we take great pleasure in planning a trip in advance, personally and in detail.

We only book travel packages in rare cases. Whenever possible, we include a stay in an interesting city in our trip. The voyage we want to report on below started in Civitavecchia; thus Rome was on the program. 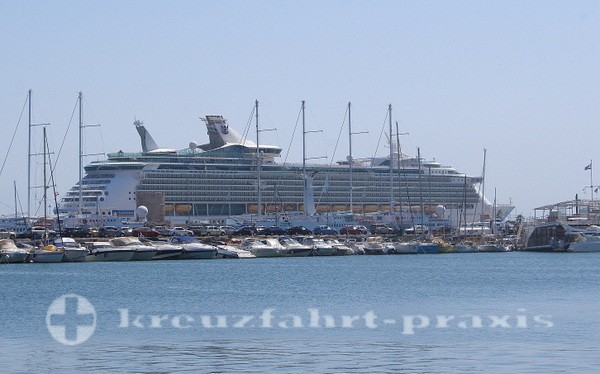 Mariner of the Seas

Lufthansa brought us punctually from Frankfurt to Rome-Fiumicino the day before the trip. No speed record was set when unloading the luggage; Nevertheless, we were able to board the regional train to Roma Termini within a reasonable time to reach our centrally located hotel. There are no U-Bahn or S-Bahn trains from the airport to the city center. The city of Rome can also be reached by buses, but these are not the topic here. Back to the trains. Timetables for regional trains can be downloaded from the Internet. - How do you get to the platform? A covered connecting corridor provides easy access to the station area. The distance is estimated to be 200 meters. No problem for a trolley case. You buy your ticket there at the counter or in the newspaper shop opposite and board the train. The following is important: On the outward and return journey, the electronic displays of the travel destinations were not in operation. So ask from which platform the train to the center of Roma Termini leaves. Otherwise you end up in no man's land somewhere outside Rome and lose valuable time.

If you only arrive at the airport on the day of the boat trip, you can take the train to Roma Trastevere and change there to the regional train to Civitavecchia, which runs approximately every half hour. There are also timetables on the Internet. The travel time on this section is approx. 1 hour. In September 2011, a 2nd class ticket cost 12,10 euros for this route. Royal Caribbean is calling for the airport bus transfer to the ship US $ 91,00 per person and one way. This bus service is certainly more convenient than the train journey. However, the price bothers.

We chose the Hotel San Remo in Via Massimo d'Azeglio. The hotel is just a few blocks from the train station. After a short distance you are in the hotel. The 3 * house is very pleasant. The rooms are large and modern. Everything is great. The receptionist is helpful and speaks several languages. There is a lavish breakfast buffet by Italian standards and it is not expensive either. What more do you want? 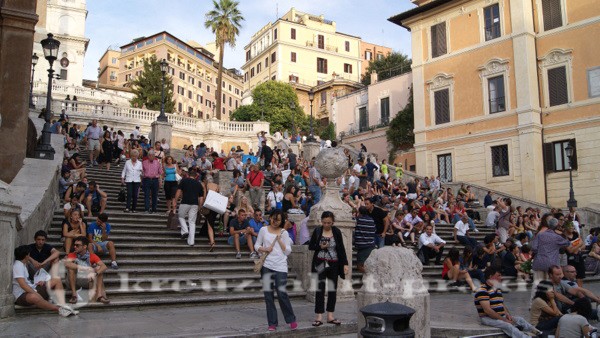 What do you do with a day in Rome? A tour past the famous sights increases the anticipation for the coming days. Here are some suggestions under cities and their sights.