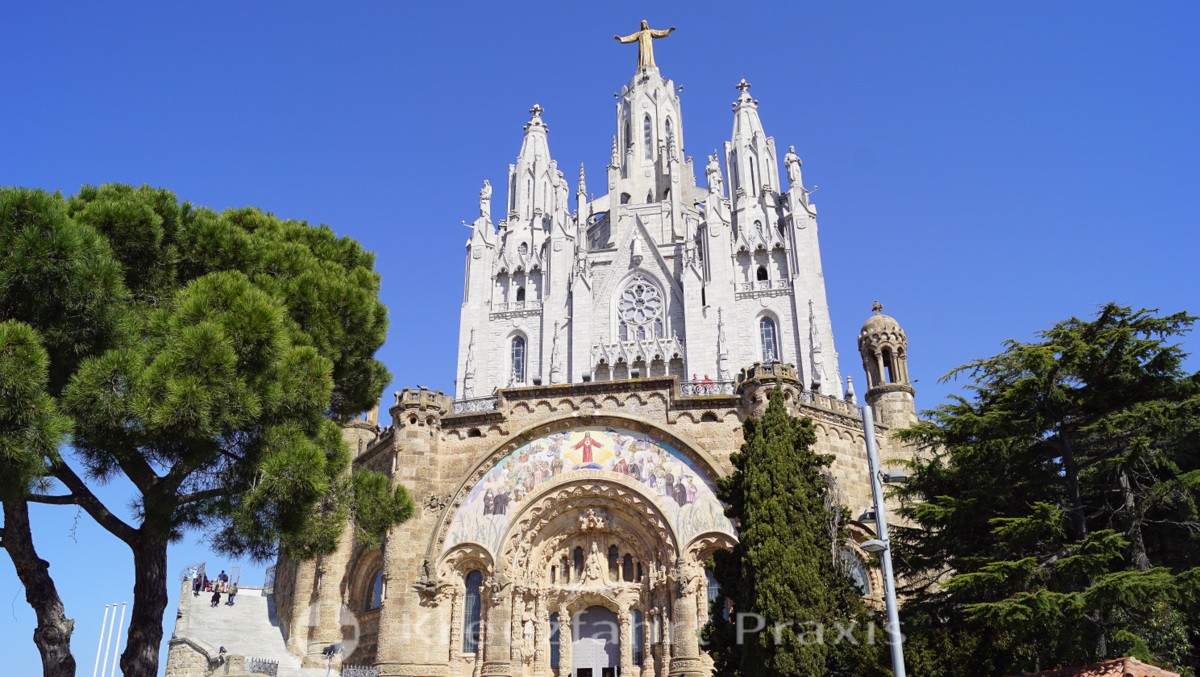 We are again with a cruise ship in Barcelona. The city is always worth seeing, and we look forward to today. We will first go to the Tibidabo, the local mountain of Barcelona. 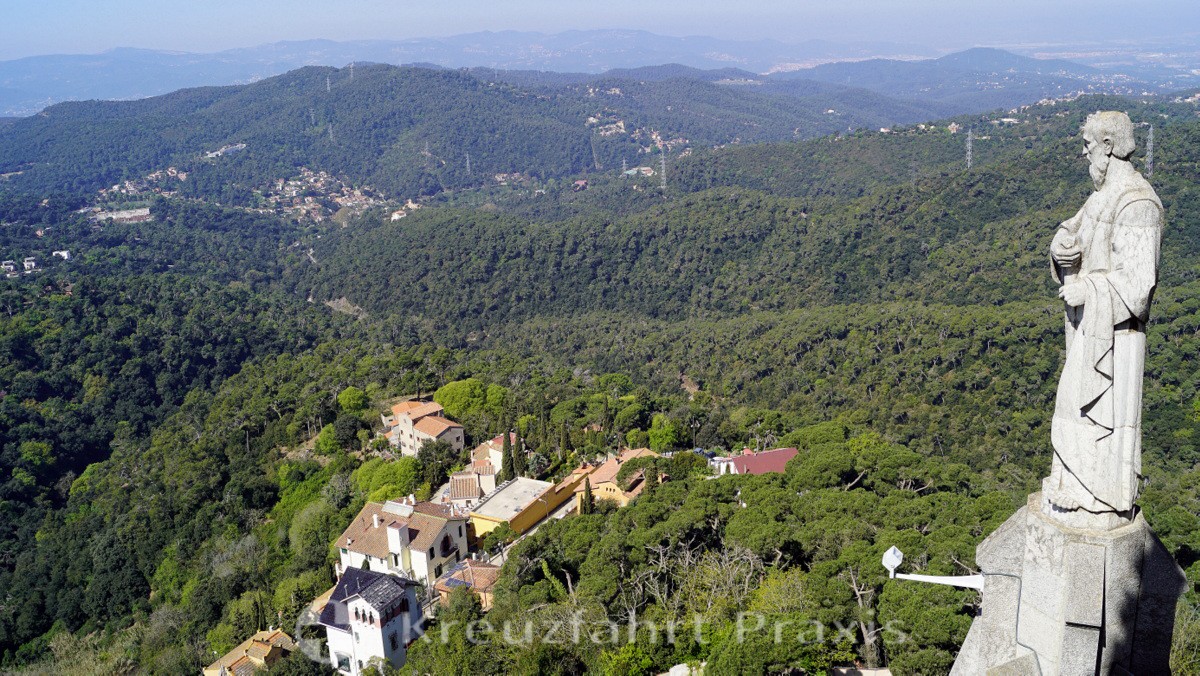 There is a beautiful church there and the view over Barcelona must be overwhelming. You can find details about the tour in our post Discover selected sights of Barcelona.

As always, we rely on public transport. We take the metro to Avinguda del Tibidabo station. Then you continue by bus to the valley station of the Funicular de Vallvidrera, the funicular to the Tibidabo. Unfortunately the train doesn't run. As a substitute there is a bus that takes us to the Tibidabo.

The view from above is really overwhelming. Also the church Templo Expiatori del Sagrado Corazón, short by the Catalans Sacred Heart called, is worth the walk and a visit. Under no circumstances should you miss the viewing platforms. There is a large amusement park next to the church, which attracts many people this Sunday.

Back in Barcelona we visit the Hospital de Sant Pau. The beautiful ornate buildings are located in a large, well-tended park and used to be a hospital. For several years they have been a UNESCO World Heritage Site. 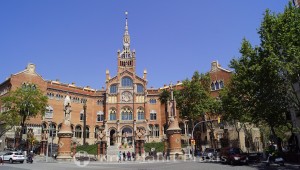 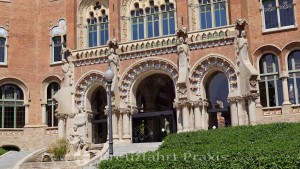 On the way to our next destination Passeig de Sant Joan and Parc de la Ciutadella, we pass the Sagrada Familia. This church impresses us again and again. Antoni Gaudí planned and directed the construction of the church from 1883 until his death in 1926. Since then, construction has continued according to his plans and methods. The work should be completed on the 100th anniversary of his death in 2026. 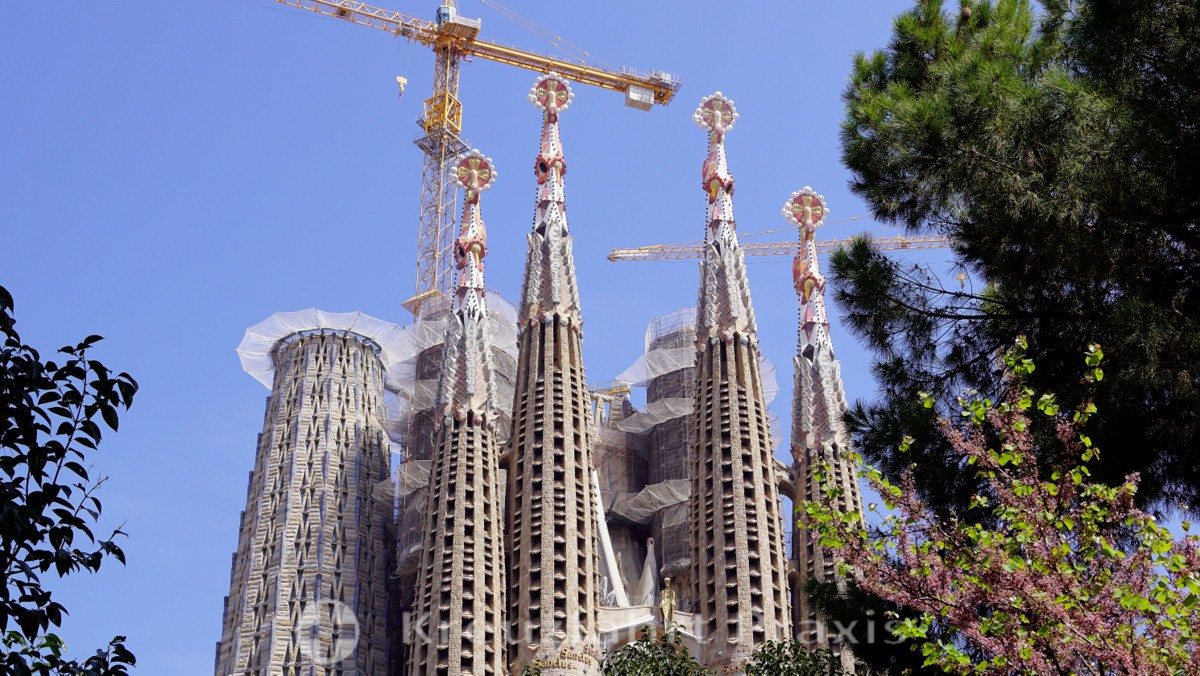 The towers of the Sagrada Familia

We go down Passeig de Sant Joan to the Arc de Triomf. The triumphal arch was built of red brick and is richly decorated. He is a real eye-catcher. The promenade beginning at the triumphal arch leads to the Parc de la Ciutadella. The star-shaped citadel was located here in earlier times. The large park is popular with the residents of Barcelona. A place to linger with wide lawns, a lake and a particularly magnificent fountain, the Cascada Fontserè i Mestre. 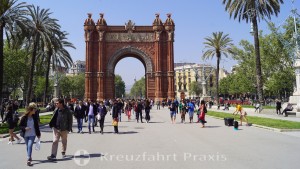 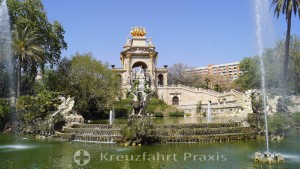 We leave the park towards Barrí Gòtic, the Gothic quarter. First we pass the El Born market hall, under which remains of the old Ciutat Vella district were found a few years ago during renovation work. 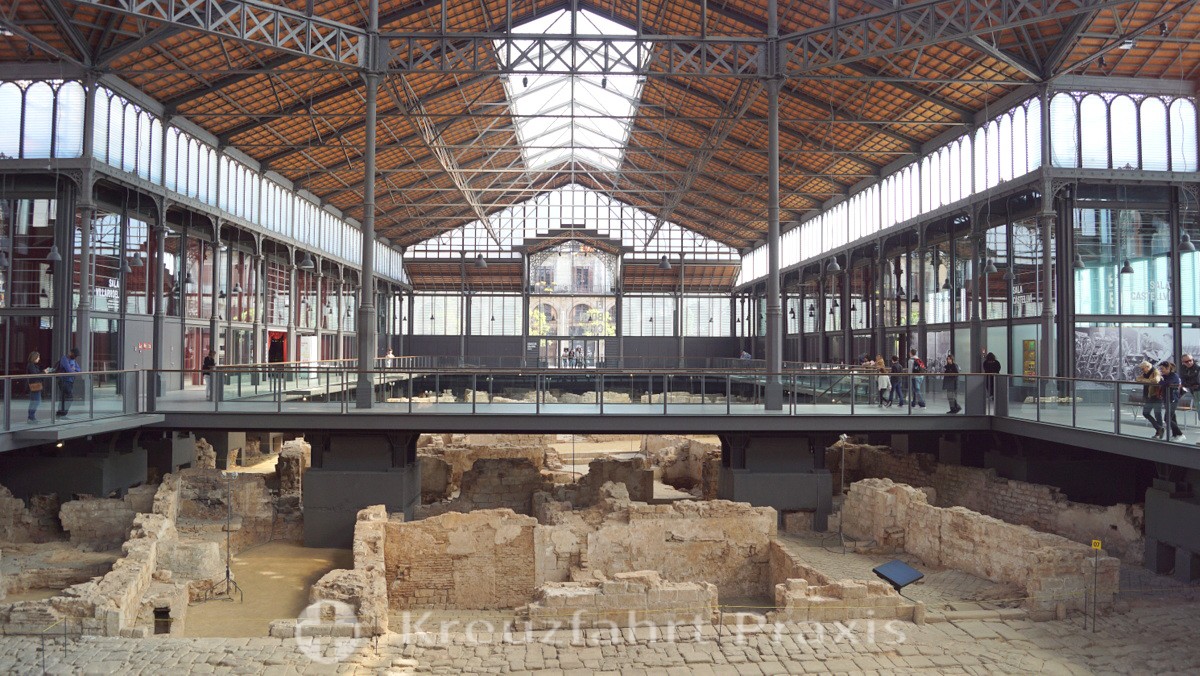 We continue along the attractive Passeig de Born to the Basilica of Santa Maria del Mar and through the Barrí Gòtic to the Ramblas. Today's tour is coming to an end. The public shuttle bus that will take us back to Mein Schiff 2 stops near the Columbus Column. A few years ago we took the elevator up to the pillar's tiny viewing platform. It was an experience.

My ship 2 leaves the port of Barcelona at six o'clock. It is our last evening on board, which we enjoy once more on the outside decks. We covered over 24.000 steps in Barcelona today.