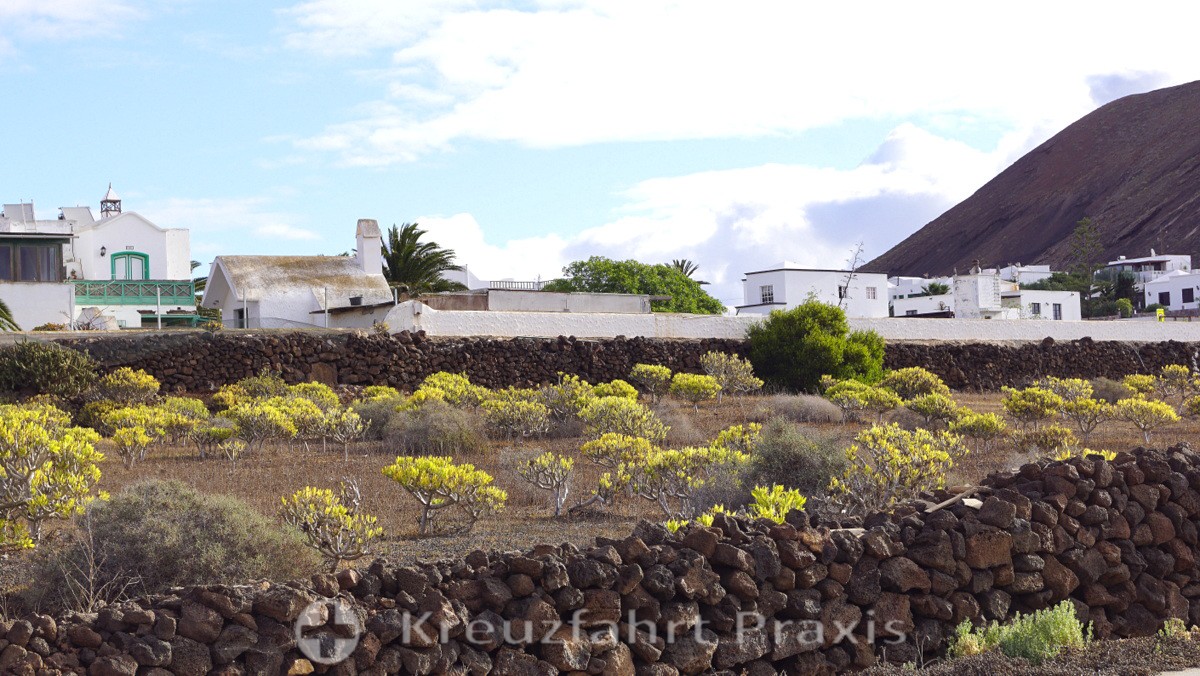 We know the island of Lanzarote well. Like the other Canary Islands, it is a suitable place to escape the German winter. As a stage of a cruise, we dock for the third time in the island's capital Arrecife. You can find extensive information about the island in our articles Lanzarote and Lanzarote landmarks. 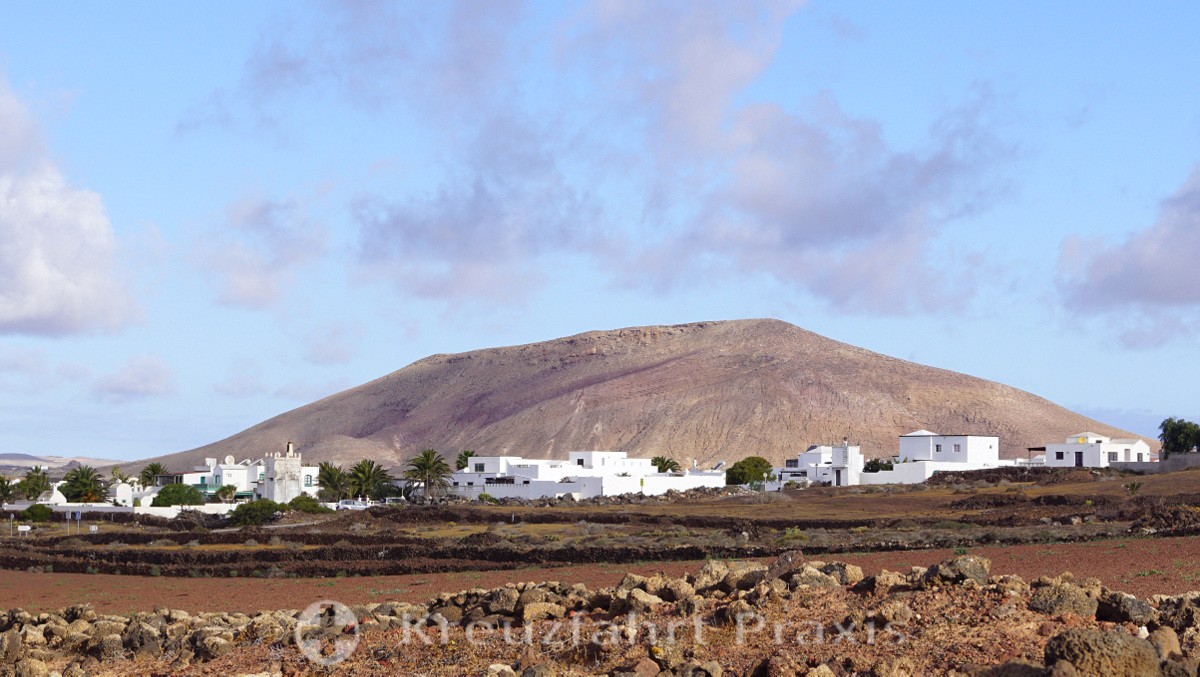 With the rental car to the north of the island

It's a wonderful day: cool in the morning, later it gets over 20 degrees. And it stays clear and sunny all day. As in Fuerteventura, we have already booked a rental car in Germany. We want to drive through the northern part of the island. All details about the sights of today's tour can be found at Road trip Lanzarote.

Our first destination is the Jardín de Cactus cactus garden. A number of groups are already waiting to be admitted there. We don't feel like waiting and continue to Jameos del Agua.

In the footsteps of César Manrique

The art and culture center created by Manrique has existed since 1977. The concert hall in a lava cave and the white crabs living in an underground lake are something special.

César Manrique shaped the character of the island of Lanzarote. He saw his homeland as a harmonious living space for people and nature. This connection is always emphasized in the buildings he designed. And it's amazing how this man and his work have such a positive effect long after his death.

The Cueva de Los Verdes - also a work by Manrique - is not far away. You are not allowed to visit the cave alone. So we take part in the guided tour. It takes 45 minutes and is pretty exhausting. Everything is very narrow and not well lit either. But we get to see a lot. 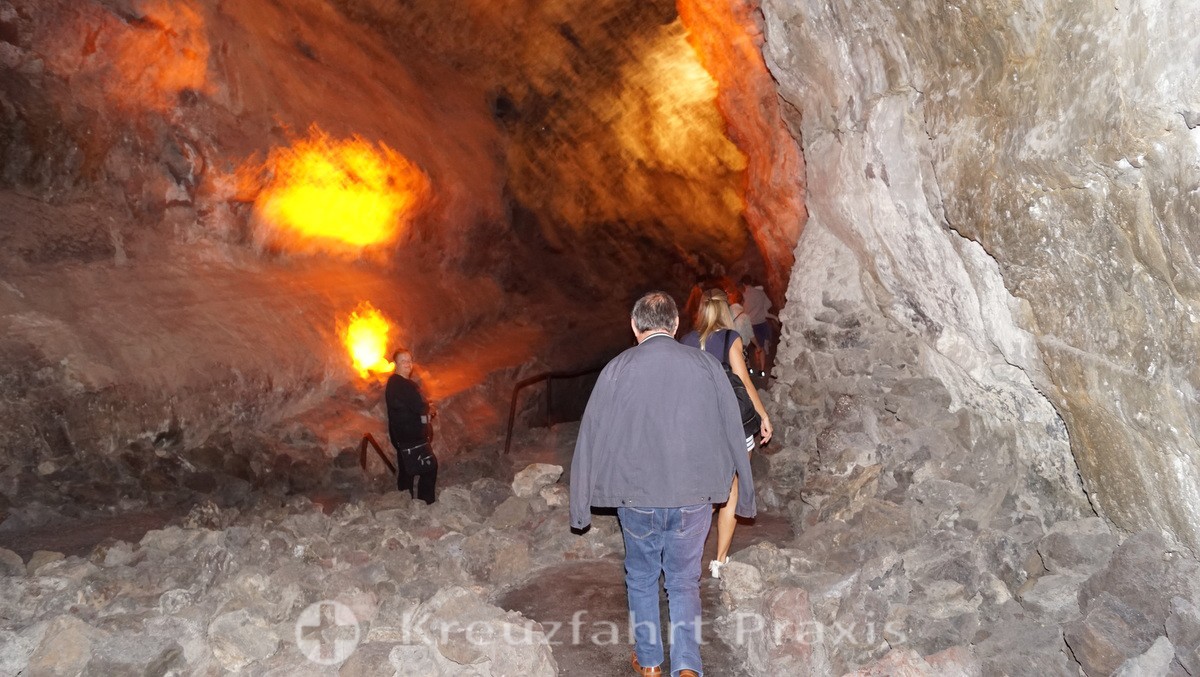 The last cave is particularly striking: there is a shallow basin with little water. The high cave ceiling is reflected in the smooth surface. You think you are looking into a deep, clear lake. An extraordinary effect. We only notice the deception when the guide throws a stone into the water.

From the Mirador del Rio to Teguise

Actually, we don't want to drive to the Mirador del Rio today, the 475 meter high viewpoint on the Famaracliff on the northern tip of Lanzarote. But on such a beautiful day as today we can't resist. The clear view of Lanzarote and the small island of La Graciosa compensate us for the detour.

Via serpentines we descend into the valley of 1000 palm trees, then through Haría and in the south again up the mountains. A nice route: you should stop at the Mirador south of Haria and enjoy the view.

Our next destination is Teguise. The historic center of the former island capital is picturesque. Small houses, cobblestone streets, quaint shops and restaurants. We stroll through the town, visit the church and after a coffee break we continue. Once again to the Jardín de Cactus. It's not full anymore. We calmly take our time to marvel at the variety of over 1000 species of cacti. 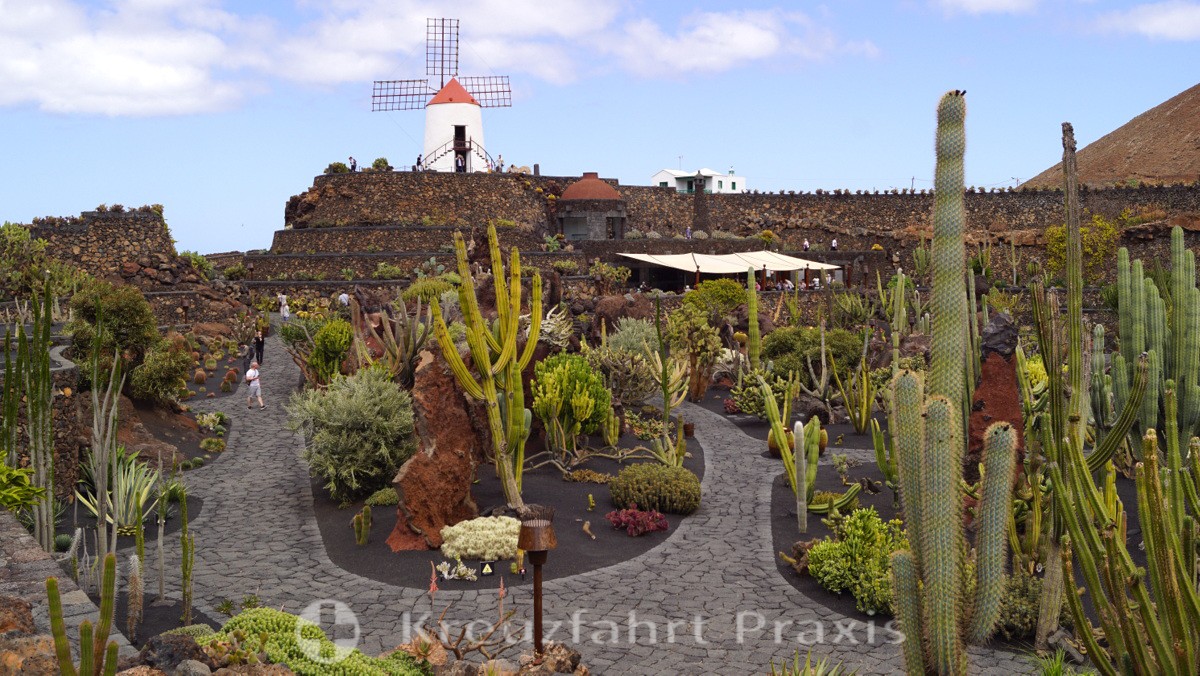 We get lost in Arrecife. The old town looks like a labyrinth due to the many small one-way streets. So late in the afternoon we have little time for the Castillo San Gabriel and the Charco de San Ginés, a salt lagoon in the village.

Mein Schiff 2 leaves the island at six in the evening. The weather is beautiful. We stay in the Atlantik Bar for a long time and watch Lanzarote slowly get smaller and smaller.